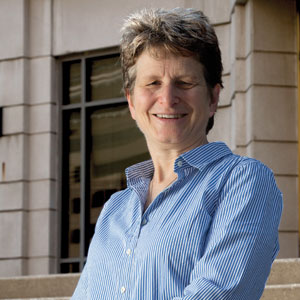 Professor Tanina Rostain has made a 180-degree turn in her work on the ethics of lawyering. For nearly 20 years she pushed to reform organizational pressures that increasingly had lawyers bending and breaking rules on behalf of corporate clients. (Think dodgy tax shelters.) Now she’s focused on the essence of law as an institution that is supposed to help people. (Think access to justice.)

“I still teach legal ethics, but now the focus is different,” says Rostain, co-director of the Center for the Study of the Legal Profession at Georgetown University Law Center.

Rostain developed and teaches the course “Technology, Innovation and Legal Practice.” It has seen stunning growth in just four years, with students engaged in hands-on development of apps that render areas of the justice system accessible to one and all.

The course is built around a competition among four teams of three or four students designing and developing apps that consumers, nonlawyer advocates and public interest lawyers can use to navigate complex areas of the law. They use the Neota Logic platform that enables those not fluent in computer coding to create software and websites.

Initially, those teams in the Iron Tech Lawyer: Access to Justice Edition competition had no real expectation that legal services organizations and others might adopt their apps. But when word got out, specific requests flowed in.

Now organizations ranging from the U.S. Department of Justice to the Alaska Legal Services Corp. send in requests and consult with the students on the projects. For the DOJ, a team of students developed ADA2Go to help people with disabilities, those working on their behalf, and businesses and organizations subject to the Americans with Disabilities Act to ascertain their rights or responsibilities in specific situations.

“Tanina has mastered getting students to do something that’s nonintuitive—the creation of specific apps during the course of a semester and delivering them to legal aid organizations and others for use,” says Mark O’Brien, executive director and co-founder of Pro Bono Net, a nonprofit that works to increase access to justice through innovative technology and volunteer lawyers. O’Brien was a guest speaker for the class in 2013 and has been an adjunct teacher for the past two years.

And she remains an eager student herself.

“Often when guest speakers visit, the teacher stays in a corner or leaves the room,” says Matt Weingast, who was in this year’s Iron Tech Lawyer competition and says he is beginning work as an associate at Skadden, Arps, Slate, Meagher & Flom in New York City. “But during Q&A, no one asks more questions than she does—and not the kind to just move the discussion along. It’s genuine interest, and sometimes you see the speaker has to think a little. She wants to know how to apply ideas and information, and she’s always thinking apps.”

Weingast hopes to continue working on technology for access to justice as part of pro bono work at the law firm.

But the scope of the class isn’t restricted to helping those who can’t afford lawyers. A student in that initial Iron Tech competition in 2012, Dustin Robinson, immediately took a job in Chicago as a legal solutions architect with SeyfarthLean Consulting, a subsidiary of the Seyfarth Shaw law firm. “I’m sort of a liaison between lawyers and software developers because I speak enough of both languages,” Robinson says. In each of the past two years, an Iron Tech student followed him there.

The Iron Tech apps don’t test users for income level unless the information is pertinent to the solution. So Rostain thinks they will have more impact on the profession (especially on solo and small-firm lawyers) than many realize.

“These apps are adaptable to a lot of paying legal work, and they’re going to proliferate,” Rostain says. “I think they’re really going to shake up the market.”