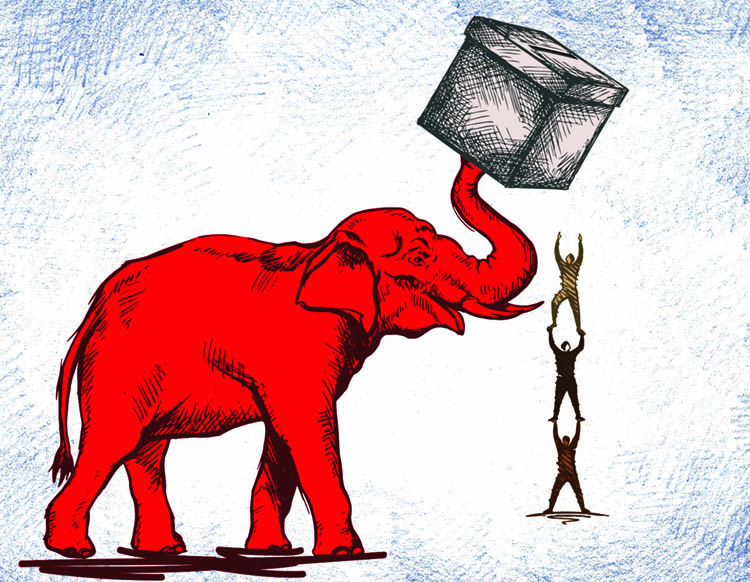 It shouldn’t require a herculean effort to make it to the ballot box. Voters shouldn’t have to be heroes—surmounting obstacles, overcoming adversity and navigating labyrinthine rules set up by newly enacted, regressive election laws.

In 2020, this country had what’s been hailed as the most secure election in American history. And yet, lies about voter fraud have opened the door to false claims that our electoral system lacks integrity.

In an era of pick-your-flavor facts, truth has become subjective. A dearth of evidence to support allegations of systemic voter fraud has not stopped the fearmongering and weaponizing of these claims. The goal? To sow doubt in the American electoral process to push through draconian voter suppression laws.

Coordinated disinformation, social media myths and distortions, and foreign interference have made it challenging to ensure everyone respects and honors the free and fair elections taking place. But the majority of this country has not risen up against our election process—it’s a vocal, dystopian minority. Those who would subvert democratic participation and high voter turnout are threatened by what can happen to their power in a truly representative democracy. For example, grassroots organizing to increase voter registration and participation in recent years has been met with extreme countervailing efforts to reduce the number of eligible voters, from purging voter rolls to registration barriers to limiting poll access.

According to the Brennan Center for Justice, more than 400 bills with provisions that burden access to the ballot have been introduced in 49 states in the 2021 legislative sessions—an unprecedented number in a single year. More than a third of the states have enacted new laws restricting voting access, while many others have proposals in the pipeline.

The new voting restrictions occur overwhelmingly in the South and are part of a long legacy of suppression aimed primarily at Black voters. Methods have shifted from racial terror and poll taxes to less brutal but just as insidious tactics. 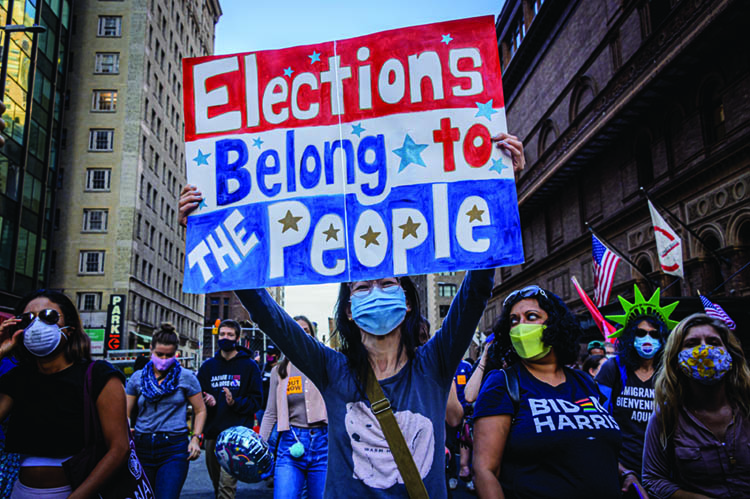 Supporters of Joe Biden in New York City celebrate his winning the majority of the Electoral College. Photo by Erik McGregor/LightRocket via Getty Images

Now, in addition to African Americans, legislators are targeting Latinx, Indigenous, low-income, young and new voters, and those with disabilities. Restrictions include limits on early voting days and times, shorter windows to request or return mail-in ballots, fewer polling locations and drop boxes, voter purges, burdensome ID requirements and even bizarre prohibitions on offering water to voters standing in line.

All of these attempts to limit voter participation are being introduced in states with Republican-controlled legislatures that know piling on onerous burdens can impinge on voting access, especially for the marginalized, and discourage many voters from registering at all. Meanwhile, the justification remains nonsensical: No state in the union has produced evidence of widespread voter fraud in the 2020 election.

The U.S. Supreme Court has not been an ally. The court first gutted key provisions of the Voting Rights Act of 1965 in Shelby County v. Holder (2013), giving the green light to state legislatures waiting to enact laws blocking access to the ballot box. And in July’s Brnovich v. Democratic National Committee, the high court upheld two controversial voting provisions out of Arizona, reversing the San Francisco-based 9th U.S. Circuit Court of Appeals and rejecting the idea that racial disparities in voting access, primarily affecting Native Americans, denied an equal opportunity to vote. Critics say the court’s narrow interpretation of the Voting Rights Act in the case gives cover to discriminatory laws and will make court challenges harder.

With the Supreme Court unwilling to defend voting rights, the federal government has gotten involved. In June, the DOJ sued Georgia over its sweeping 90-page voter law, targeting restrictions that make it harder to cast absentee ballots, accusing the state of violating the rights of Black voters. Attorney General Merrick Garland also has warned Republican state legislatures that have initiated private audits of voting results that they could face civil and criminal penalties if records related to the 2020 election are destroyed or if they engage in voter intimidation. 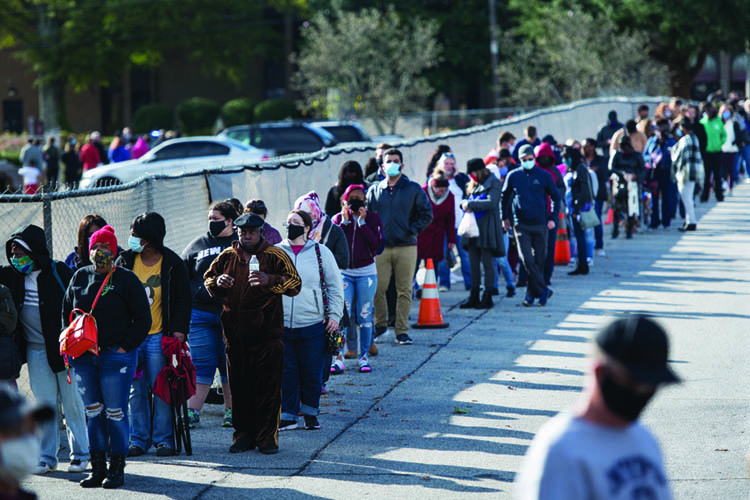 Instead of worrying about nonexistent voter fraud, what if America took representative democracy literally and focused on expanding the vote and curbing ongoing voter intimidation? What if we changed the narrative and rather than supporting those intent on throttling democracy, redoubled efforts to promote inclusion, representation and the rule of law?

It can happen. Congress needs to pass the John Lewis Voting Rights Advancement Act. Among other things, it restores the full protections of the Voting Rights Act of 1965, requiring that any new voting laws and procedures from jurisdictions with histories of discrimination first receive approval from the DOJ.

Congress must also pass the For the People Act, which would set national standards to guarantee expanded early voting and vote-by-mail options, loosen photo ID requirements, and mandate automatic and same-day registration. The bill passed the House in the spring, but Senate Republicans blocked it by filibuster. 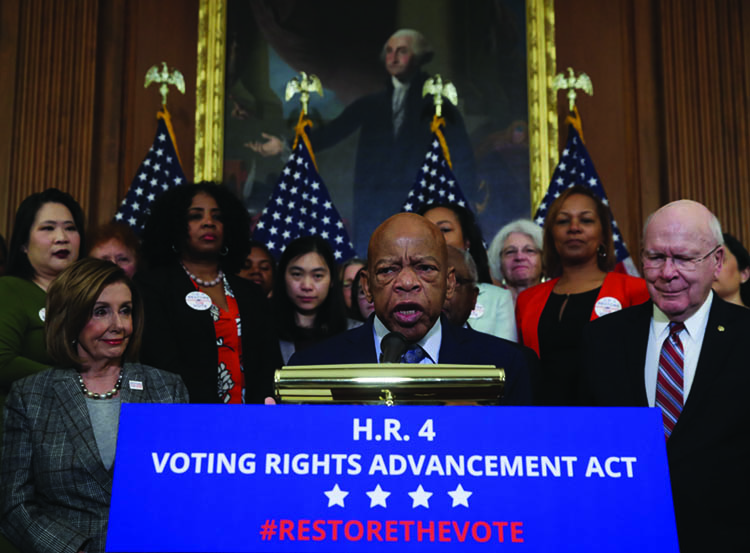 A bill named after the late U.S. Rep. John Lewis would restore protections of the Voting Rights Act of 1965. Photo by Mark Wilson/Getty Images

Alongside congressional and DOJ action, lawyers and activists across the country have not given up the fight. As then-ABA President Patricia Lee Refo said, “In a democracy, the rule of law starts with secure and meaningful access to the ballot, and as lawyers, we need to say that now with a loud and clear voice.”

The country faces another inflection point in its history: How do we want to be known? As a nation that restricts voting rights or a democracy that practices what it preaches?

This column reflects the opinions of the author, and not the views of the ABA Journal—or the American Bar Association.

This story was originally published in the October/November 2021 issue of the ABA Journal under the headline: “This Is Us: Brazen attacks on voting rights define America.”