Call Ahead: Officers Use Cellphone Towers to Spot Offenders 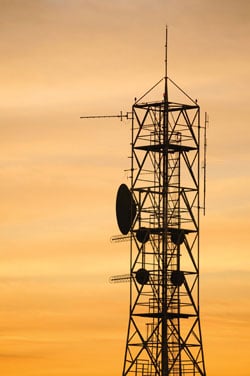 Melvin “Big Foot” Skinner and his drug-trafficking buddies enjoyed a good long run, hauling tons of marijuana from Arizona to Tennessee for five years and making millions of dollars doing it, partly by relying on cellphones they believed would keep them one step ahead of the law.

But try as they might, Skinner and his pals couldn’t outrun authorities forever. Using the signals emitted by the suspects’ phones, federal agents managed to track them and round up the gang in 2006.

In August, a panel of the Cincinnati-based 6th U.S. Circuit Court of Appeals held Skinner had no expectation of privacy in the electronic data from the cellphones the gang carried to communicate with each other. Thus Skinner lost his Fourth Amendment suppression motion and today sits in federal prison, doing 235 months on marijuana distribution and money-laundering convictions.

Authorities armed with a series of court orders had traced the phones through the signals sent by the factory-installed Global Positioning System in some—which gives a phone’s precise location—and by “pinging” others, a less-exact method that picks up signals the device sends to the nearest cellphone tower. Skinner did not know the disposable phones he carried, registered under false names and addresses, were GPS-equipped.

That’s just tough, wrote Circuit Judge John M. Rogers: “When criminals use modern technological devices to carry out criminal acts and to reduce the possibility of detection, they can hardly complain when police take advantage of the inherent characteristics of those very devices to catch them.”

While federal law enforcement agencies long have used various types of electronic surveillance, the practice of cellphone tracking has greatly expanded in recent years to include state and local forces, often working in concert with phone carriers.

But privacy advocates complain mere court orders are insufficient, given the depth of the searches involved. Efforts to require search warrants are under way in Congress and state legislatures.

Privacy proponents would require full-blown search warrants based on probable cause before police can track cellphones. In deciding whether to search or arrest someone, police use the probable cause standard as a gauge that helps them determine whether a suspect more likely than not committed a crime, though the evidence at the time may be limited.

Unlike court orders or other documents authorities sometimes use to support tracking, the Fourth Amendment also seeks to curb the wholesale searches critics fear with its requirement that warrants be sworn under oath and “particularly” describe the place to be searched and people or property to be seized. Moreover, search warrants, their supporting affidavits and inventories of items seized typically are filed with the court and open to public inspection, which may not be the case for other documents.

Privacy advocates say they’re not out to cut breaks for drug dealers, but they worry—especially about precise GPS signals—because they can reveal otherwise law-abiding citizens in personal and private activities. Outside the criminal context, a Missouri woman filed a class action in August claiming federal law pre-empts a new state statute that makes it easier for police to track phones in emergencies and insulates carriers from lawsuits for providing information.

In August 2011, the American Civil Liberties Union filed 383 public records requests with state and local agencies asking for their policies and practices on tracking. Of the 230 agencies that had responded by mid-September 2012, only 13 said they don’t track at all. More worrisome for the ACLU and other electronic-privacy organizations, only a handful reported consistently seeking search warrants based on probable cause.

Though the technology is of recent vintage, a circuit split already is emerging on application of the Fourth Amendment, increasing chances that the U.S. Supreme Court will have to revisit those areas at least once more.

The Philadelphia-based 3rd Circuit required search warrants in similar situations in 2010. But with the caveat that one appeals judge concurred in the judgment only, every jurist in the 6th Circuit who heard Skinner’s case turned him down flat. In October, however, Hanni Fakhoury made the search warrant argument as an amicus to the 5th Circuit at New Orleans, after the federal magistrate and the district judge on the case in Houston held authorities had to get one for cellphone data.

A lawyer for the San Francisco-based Electronic Frontier Foundation, Fakhoury doesn’t understand why the government so vehemently opposes search warrants. “That’s a good question,” he says. “I don’t know. I don’t think they’re a burden at all.”

A search warrant and the supporting affidavit are rather simple documents that run just a few pages and typically meet little judicial resistance when police show up to get them signed. On the other hand, the affidavit for one of the “orders” police obtained in United States v. Skinner was 19 pages long, while a second was five.

Privacy advocates had hoped the Supreme Court would resolve the warrant issue last January when it held in United States v. Jones that police conducted a search by surreptitiously attaching a GPS device to drug dealer Antoine Jones’ Jeep. Factually, the cases differ significantly. In Jones, police physically attached a tracking device to the Jeep, while the defendant in Skinner voluntarily carried his cellphone.

Still, the warrant question and related legal issues under both scenarios could resurface when Jones tries at his new trial to avoid the life sentence he received the first time around. The government maintains the high court did not resolve the warrant matter and again may try to introduce some of the same material at retrial.

The ACLU’s survey of local practices hardly revealed a model of consistency.

“That really, to me, is the most shocking part,” says Allie Bohm, an ACLU advocacy and policy strategist. “It’s a mix across the board. Right now, it depends what state you’re in, what city you’re in and what county you’re in. The law is in a state of chaos.”

And some agencies aren’t particularly forthcoming about their practices. In Irvine, Calif., for example, a training manual tells officers: “Do not disclose this information in court any more than is absolutely necessary to make your case. Never disclose to the media these techniques—especially cell tower tracking.”

But in Santa Ana, Calif., police officials warn their officers that “without a warrant … cellphone location data are released only in exigent situations. Exigent circumstances are best described as immediate danger of death or serious bodily injury to any person.”

Business is booming for carriers, which in a judicial vacuum sometimes must act in the courts’ stead in determining the legality of police surveillance requests. Nine carriers reported 1.3 million police requests for customer records in 2011, and the number keeps rising, according to a survey released in July by U.S. Rep. Edward J. Markey, D-Mass. Verizon Wireless, for example, reported 260,000 police record requests in 2011, a number it says has grown by about 15 percent a year over the last five years.

But while phone companies aren’t courts, they apparently don’t rubber-stamp every request that comes through the door. AT&T rejected 965 surveillance requests in 2011, mostly for procedural defects. But some folks question whether the carriers really should be in the mix at all.

“I don’t think the phone companies should be running this,” Bohm says. Nevertheless, Skinner’s case may not be as high-tech as it appears at first blush. Federal agents arrested Skinner and his son, Samuel, in mid-July 2006 at a truck stop near Abilene, Texas, in a pickup truck and a motor home packed with 1,100 pounds of pot, two handguns and two cellphones.

Still, agents had to get lucky first. Their break came in January 2006, when Christopher S. Shearer was pulled over in Flagstaff, Ariz., with $362,000 in cash for the gang’s Arizona connection. Shearer talked, and agents were able to get court orders to intercept calls between Shearer and a ringleader, which ultimately allowed them to move in. Sometimes a snitch facing prison can be just as effective as the latest high-tech gadget.