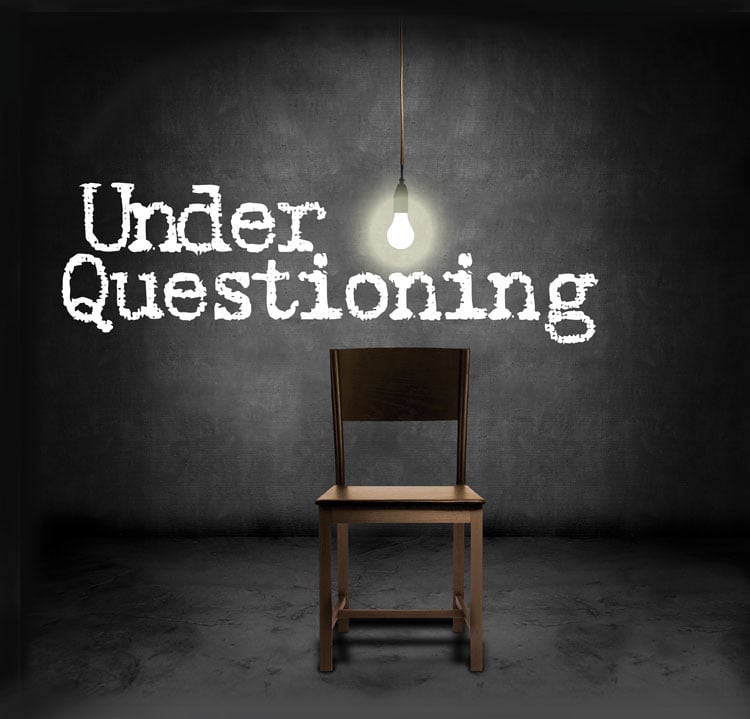 Larod Styles, who had just turned 16, was home with his grandmother on a December evening in 1995 when some Chicago police detectives came by to ask him a few questions. Two men had been killed during a robbery at a nearby used car lot, and one of the suspects said Styles was involved.

Styles agreed to get in the car with detectives, who drove him to an area police station and led him to an interrogation room. They handcuffed Styles to a wall and questioned him on and off for several hours, during which he repeatedly denied knowing anything about the crime.

The questioning got more aggressive. The detectives told Styles he’d spend the rest of his life in prison if he failed to tell them what happened, according to Styles’ account. They shouted at him, threatening that he’d never see his family again. If he signed some papers, the detectives said they’d release him to his grandmother, Styles later recounted.

Exhausted and scared, Styles confessed about 1 a.m., eight hours after he was taken in for questioning. His story, which Styles later said was concocted by detectives, was that he and the others planned to rob the car dealer and steal a vehicle. The reason was he needed a transmission to replace the ailing one in his grandmother’s Buick. In Styles’ confession, he said another teen shot the men as they fled.

There was no physical evidence that tied Styles to the crime, yet a jury convicted him for the murders of car lot owners Khalid Ibrahim and Yousef Ali. He got life without parole. Three other teenagers, who also said they were coerced into confessing, were convicted as well. They became known as the Marquette Park Four, named after the South Side neighborhood where the crime happened.

See also: Wrongly convicted as a teen, now he helps those like himself

After unsuccessful appeals, one of the defendants, Charles Johnson, sent a letter to the Center on Wrongful Convictions at Northwestern University’s Pritzker School of Law, which along with lawyers from Kirkland & Ellis, took on the case. In 2009, a judge ordered that fingerprints be re-examined from two cars stolen during the robbery and from discarded price stickers. The results excluded Styles and the other teens and matched four others. The police also learned a convicted drug dealer had argued with Ibrahim and Ali days before the murders and threatened to kill them. 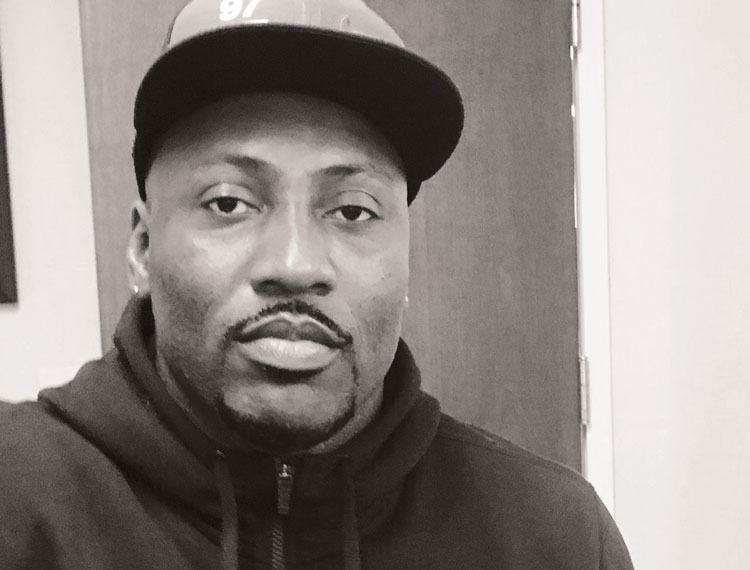 Larod Styles was one of the Chicago teens dubbed the Marquette Park Four. Photograph by Kevin Davis.

Faced with these developments Anita Alvarez, who was then the Cook County state’s attorney, vacated Styles’ conviction but said she would retry the case. In February 2017, however, Kim Foxx, the newly elected state’s attorney, decided to dismiss all charges, saying the state could not meet its burden to prove the case. A judge subsequently granted Styles and the others certificates of innocence.

But that wasn’t the end of it. This past February, Styles and the other exonerated men filed a federal civil-rights lawsuit against the Chicago Police Department and the detectives involved. In the suit, Terry Campbell, Styles’ lawyer, declared the CPD and its detectives “have a long history of using physically and psychologically coercive interrogation tactics … causing hundreds of false confessions and wrongful convictions in the city of Chicago.”

Before confessing that day, Styles says, he could not have imagined doing such a thing. “I never even conceived a thought like that,” he says after enduring nearly 23 years in prison. “It only takes a second when you’re not thinking to be in a situation like the one I just got out of. I just didn’t think it would take this long.”

Once again, the city is on the defensive, accused of allowing detectives to obtain false confessions through bullying and intimidation, an allegation that’s hardly new for Chicago. But it continues to haunt the city—while taxpayers foot the bills for misdeeds of the past. Peter Neufeld, co-founder of the Innocence Project in New York City, appeared on 60 Minutes in 2012, calling Chicago the capital of false confessions.

“Quite simply, what Cooperstown is to baseball Chicago is to false confessions,” he said. “It is the hall of fame.”

Six years later, little has changed. Of the 29 wrongful conviction rulings involving false confessions in the United States in 2017, 13 were in Cook County, where the court system covers Chicago, according to the National Registry of Exonerations. Of the more than 260 false confession cases recorded since the registry began counting in 1989, about 25 percent have come from Cook County.

While false confessions have been documented throughout the country, Chicago stands out in part, Neufeld thinks, because of the high concentration of innocence projects and lawyers who specialize in wrongful conviction litigation.

They include the Center on Wrongful Convictions, the Exoneration Project at the University of Chicago Law School, the Roderick & Solange MacArthur Justice Center at Northwestern, and dozens of law students and pro bono attorneys interested in these kinds of cases. In Chicago and elsewhere, they’ve become known as professional exonerators.

That awakening came in 1994 when Drizin got involved in an appeal for a black boy who was 11 when he was arrested for killing an elderly white woman. The boy confessed without a lawyer or parent present. Even though police had no physical evidence, and the boy’s statement was filled with inconsistencies, he was convicted. He became known by his initials, A.M., to protect his identity.

Drizin asked A.M. why he confessed. The boy told Drizin that police promised he could go to his brother’s birthday party if he did, and that God would forgive him. The cops had also told A.M. they found his fingerprints on the murder weapon, which was not true. “They got to his head, and he saw the only way out was admitting to the crime,” Drizin says.

The 7th U.S. Circuit Court of Appeals at Chicago reversed the conviction and set Drizin on a new mission. “So I embarked on a personal odyssey to learn everything I could about police interrogations and false confessions and the connections between them,” he says. “I didn’t understand how psychological tactics could get people to confess to the most heinous of crimes.” 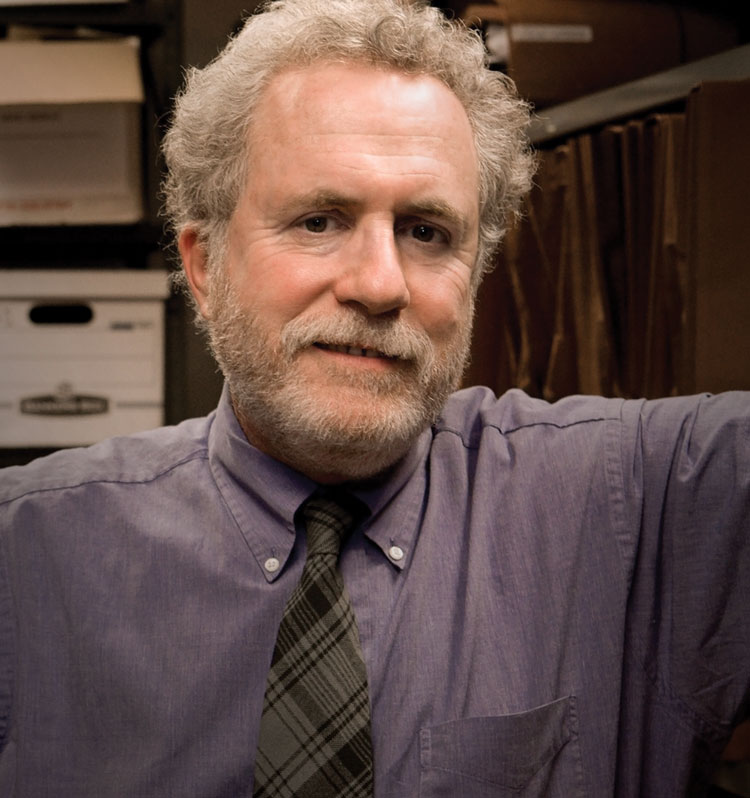 PETER NEUFELD: “What Cooperstown is to baseball Chicago is to false confessions. It is the hall of fame.” Photo courtesy of Peter Neufeld.

What would motivate police to force confessions out of young suspects? Drizin’s experience and research suggest a pattern that began with the “superpredator” phenomenon of the 1990s, during which rising crime rates instilled fear of juvenile criminals run amok. Police were under intense pressure to make arrests.

“The murder rate in Chicago was at record highs, and crack cocaine created a spike in homicides,” Drizin says. “You can’t divorce the Chicago false confessions from the context in which they arose. You have a police department that is under siege—not enough detectives working too many homicides on a daily basis and having to deal with crime victims. I think it created an environment where police officers were more interested in closing cases than in solving crimes.”

Drizin says some of the same detectives were racking up confessions by playing suspects against one another and creating their own narratives. The confession of Styles was an example of how detectives can manipulate young people to confess to crimes in which there are multiple suspects who implicate one another and try to minimize their roles. Two of the detectives named in Styles’ lawsuit, James Cassidy and Kenneth Boudreau, were linked to other false confession cases.

Before Styles was arrested, police received an anonymous tip that led to their first suspect. Under questioning, he named three other teens, including Styles. They all confessed without parents or lawyers. Although Styles thought his version would guarantee leniency because he was not the shooter, detectives knew better. One even taunted him, saying, “You just signed your life away,” according to Styles’ lawsuit.