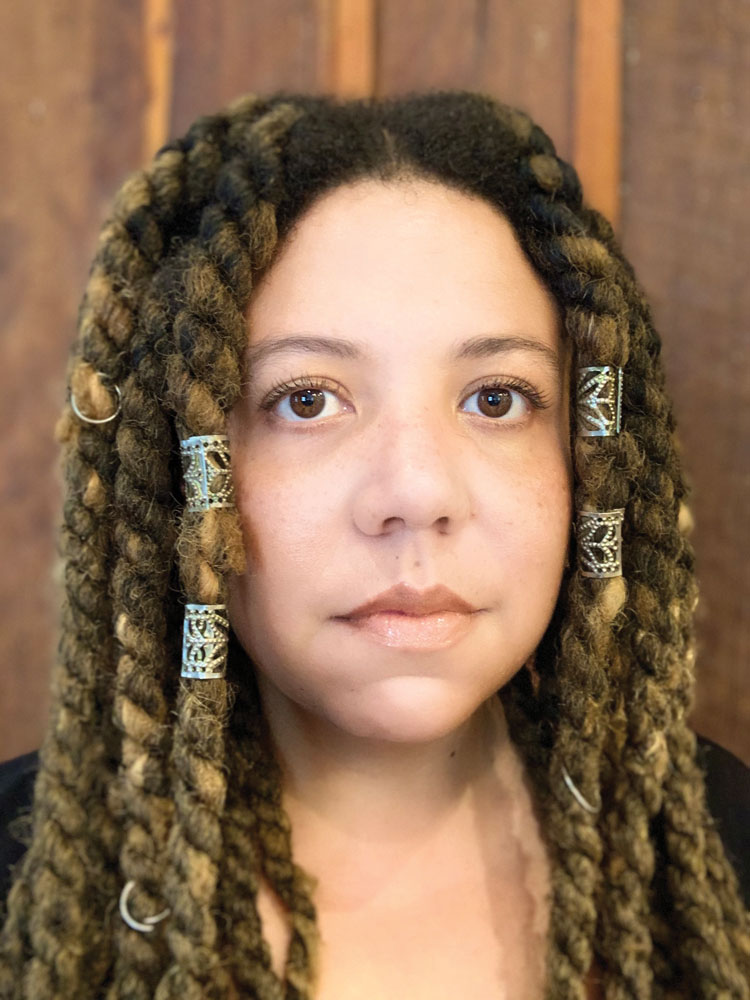 Jamila Johnson: “We have a responsibility as lawyers to ﬁx this.” Photo courtesy of the Promise of Justice Initiative.

At the virtual summit of the recently formed Law Firm Antiracism Alliance this fall, Louisiana lawyer Jamila Johnson walked through the ways that post-Reconstruction and Jim Crow laws inscribed white supremacist beliefs into criminal law—and how the effects are still felt in practical and painful ways.

This is not a new conversation for Johnson, managing attorney for the Promise of Justice Initiative’s Unanimous Jury Project, an initiative that fought against a Louisiana law giving divided juries the ability to convict people of serious crimes, disproportionately sending African Americans to prison. Although the Louisiana law was overturned by the U.S. Supreme Court in April, prior cases were not vacated, and Johnson wants to line up lawyers to develop challenges to 1,600 past convictions.

“We have a responsibility as lawyers to fix this. As we take down monuments to the Confederacy in public squares, we also need to take down the statutes that really celebrate the Confederacy,” Johnson says. Speaking at the LFAA summit, Johnson had an audience of hundreds of lawyers open to doing their part.

This was the second summit for LFAA, a group that formed in June as a collaboration of law firms interested in combining efforts to address long-standing systemic racism. At the beginning of October, 280 firms from every state had signed on to the organization, bringing a combined total of more than 161,700 lawyers into the fold, according to Brenna K. DeVaney, the Chicago-based director of pro bono programs at Skadden, Arps, Slate, Meagher & Flom. The firms, including a full contingency from BigLaw, range in size from the two-person Tenenbaum Law Group in Washington, D.C., to Dentons, which has more than 10,000 lawyers worldwide.

LFAA was organized after national protests against systemic racism after the killings of George Floyd and other African Americans by law enforcement. Many firms issued Black Lives Matter statements; others held town halls, sponsored book discussions on racism or declared a holiday for Juneteenth, a traditional day of celebration of African Americans’ freedom from slavery. Past and present leaders from the Association of Pro Bono Counsel, a group of 200 individuals who run pro bono programs at more than 100 law firms, brainstormed about how to go further and shape an effective response that would have staying power.

The idea for a collaborative project, which was first raised by DeVaney, is dual. At one level, firms that normally compete on the business side would work together to tackle systemic race issues and expand the pro bono capacities of their firms. At another level, LFAA members would partner with existing legal advocacy organizations on 15 to 20 areas of law, including criminal, education, housing, public benefits, immigration, reproductive justice, health care, environmental justice, employment and access to justice.

The purpose of LFAA is “to amplify the voices of communities and individuals oppressed by racism, to better use the law as a vehicle for change that benefits communities of color and to promote racial equity in the law,” its one-page charter states. At the end of July, the group held its first summit to discuss racial inequity; in August, it began to incorporate as a nonprofit organization.

“We chose the word ‘anti-racism’ intentionally because it is an action word. It means we are going to do something,” DeVaney says. But she sees the action in terms of years, not months.

The LFAA plan has three prongs that converge to make a kind of giant clearinghouse for law firms and legal advocacy organizations to identify systemic racism and strategize about legal tools to dismantle it. First, research will build an inventory of laws that result in negative outcomes for people of color. A second aspect will be a bulletin board where advocacy groups can post potential projects—for example, challenging discriminatory housing policies in a particular city—and gather teams to help. Third will be a project committee that identifies an issue and proposes actions that can drive change.

“We are doing something different. It would be nice to have a playbook. We don’t have a model,” says Steven H. Schulman, the Washington, D.C.-based pro bono partner for Akin Gump Strauss Hauer and Feld, who has been active in LFAA planning. A theme throughout is that the guidance for action will come from the racial justice advocacy organizations. “We are coming with humility. We know that people have been working on these issues for years. We’re trying to reinforce their work,” Schulman says.

Early on, the organizers sought counsel from Kimberly Merchant, director of the Chicago-based Shriver Center on Poverty Law’s Racial Justice Institute and its advocacy network. The institute conducts a seven-month training on racial injustice and has a network of 240-plus advocates who work on related issues.

“To me, when I hear law firms say ‘anti-racism alliance,’ that’s powerful. To be anti-racist is to speak up, to actually speak out against racism,” says Merchant, who works remotely from Mississippi. “I think they are being thoughtful about ‘Where do we fit in?’” she says, adding that they bring resources anti-racism organizations need—people power, financial support, knowledge in developing legislation or litigation. “The more elusive component is the power that they have in relationships—they know people. A phone call can make all the difference in the world. They are in rooms that we don’t have access to.” 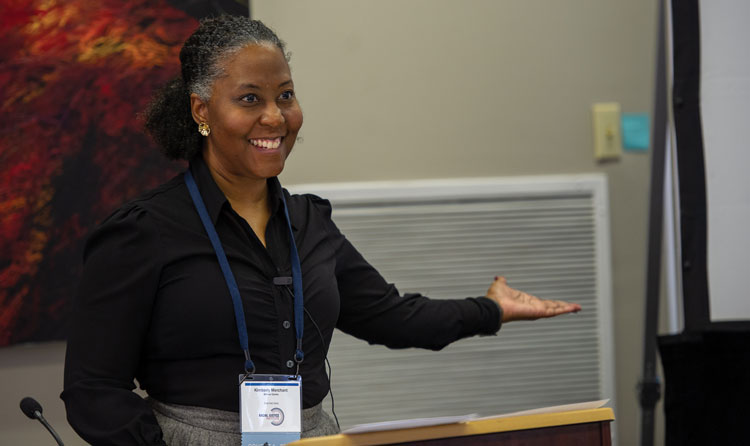 Kimberly Merchant: “To be anti-racist is to speak up, to actually speak out against racism.” Photos courtesy of the Shriver Center on Poverty Law’s Racial Justice Institute

Merchant admits that some racial justice advocates question the commitment of firms to their internal diversity and inclusion. And whether the project will succeed, she says, is an unknown.

But Merchant remains hopeful: “We’ll have to see what it is like when the rubber meets the road. One thing I’m sure of is that to be successful, folks are going to have to be patient. Real change around race equity takes time. But we’re happy to get any help that we can.”

This story was originally published in the Dec/Jan 2020-2021 issue of the ABA Journal under the headline: “Strength in Numbers: Firms team up to tackle systemic race issues.”

Many law firms have been doing open soul-searching in response to the widespread acknowledgment of systemic racism that followed George Floyd’s brutal killing by a Minneapolis police officer in May, with regular announcements of redoubled diversity efforts intended to move the recruitment and retention needle for lawyers of color.

Focus on diversity and inclusion is nothing new—it’s more like an annual rite of passage when the ABA, the National Association for Law Placement, et al., publish reports reflecting the dismal percentage of lawyers of color in the profession. Over the decades, firms have invested in diversity and inclusion programs that sound good on paper but have been ineffective in practice. Why? Because of entrenched firm culture, the compensation business model, and the social construct that creates barriers to entry, wealth and advancement for marginalized groups across the spectrum.

With enough willpower, the problem isn’t insurmountable. But the arguably criminal lack of diversity in law over the course of decades indicates either specific intent to exclude or a recklessness that is equally culpable.

On a positive note, some brilliant legal minds are now hyperfocused on the problem. In this issue’s Intersection space, writer Cynthia L. Cooper describes how a collaboration of hundreds of law firms is working to change the paradigm. It’s one of many new efforts to keep an eye on.