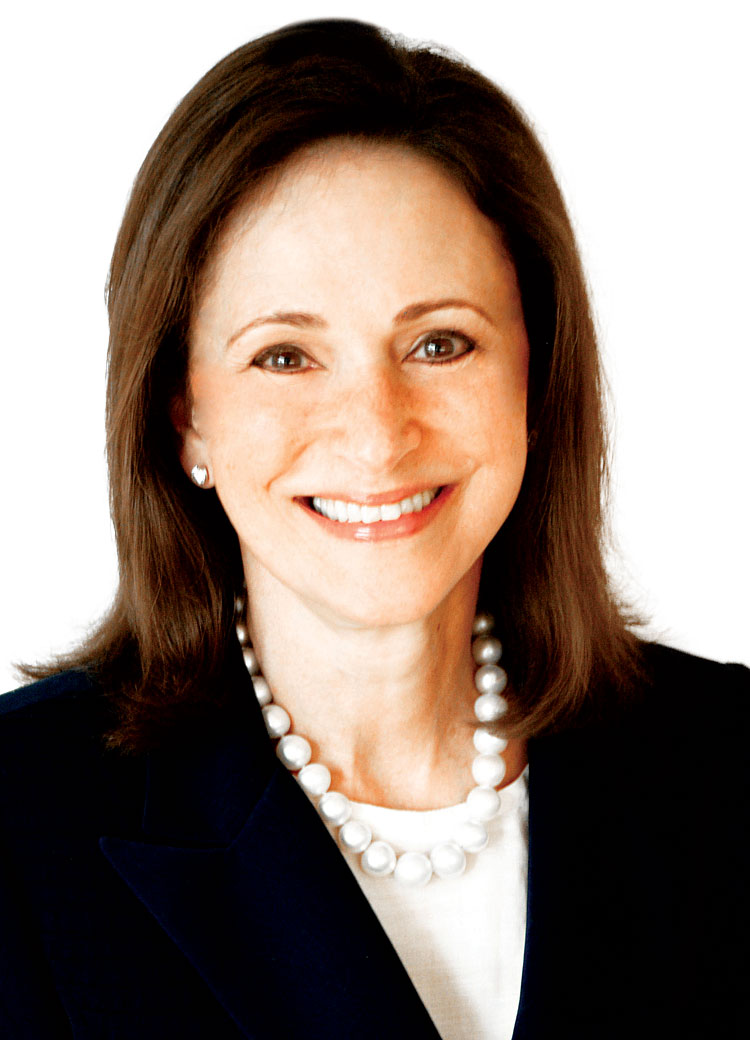 Carolyn Lamm: “They tell us they’re not practicing law; they’re offering environmental or tax services ... and all kinds of other services.”

All four of the major accounting firms have secured ABS licenses to practice law in the U.K.

PwC was awarded a license in 2014. During this past fiscal year, the firm’s legal operation in the U.K. brought in about $91.8 million, up from $63.6 million in 2015. The most recent revenue numbers put PwC just short of the top-50 U.K. firms by earnings, according to LegalWeek.

Jordan Urstadt is the CEO of Partnervine, an online marketplace where firms sell their automated legal documents. He says the Big Four’s increased pressure on the legal market will lead law firms to externalize and “productize” their offerings, which include information, resources and expert advice.

Both Grossmann at EY and Meeter at Deloitte make clear that technology in the form of artificial intelligence, automation and information management is a critical component of their offerings. Their development and deployment of technology will be accomplished by a mix of in-house development, acquisition and contracting with outside companies.

In one example, PwC teamed up with Partnervine to sell automated legal documents online. By creating this new marketplace, in-house counsels anywhere in the world can assess the offerings and buy the contract they need, saving the lawyer time and creating a passive income stream for PwC.

With many merger documents for sale on Partnervine, Urstadt says, “it’s great because it shows what software can do for M&A—a major driver of revenue at law firms and one of the sacred cows of the legal industry.”

Similarly, Deloitte has alliances with Kira Systems, HotDocs and Thomson Reuters. PwC has teamed up with Google. And EY is working with LinkedIn and Microsoft.

To remain competitive, Morgan Lewis has expanded internationally, including in China, and has ramped up its eData services, a discovery and data management program that combines legal and tech professionals.

“We remained focused on offering elite service and building strong relationships with clients who trust us to know their business and give them legal advice in the broad array of areas where they need us,” Morgan Lewis chair McKeon says. “That has been the approach that has made us successful, and the existence of new and different competitors has not changed that.”

Like Morgan Lewis, Simmons & Simmons, a large law firm based in England, has been commoditizing legal information for over a decade. The firm’s navigator product takes regulatory and compliance data from numerous countries, organizes it and provides it as a subscription service for clients to access.

“The firm has to adapt and look to service their clients in different ways,” says Charlotte Stalin, a partner at the firm’s London office. Similar to McKeon, she denies that any market entrant has forced them to change.

While the firm’s navigator product is a managed service, Stalin says it is more than that because it complements traditional legal advice, which remains their core product. Since the navigator launch in 2007, it has expanded to include derivatives, securities and other subject matter areas.

Law firms offering products like this are still the exception. Instead, “most firms have been able to maintain their profitability at acceptable levels through a combination of reductions in headcount, tightening of their equity partner ranks, reductions in expenses, and continuing (albeit modest) rate increases,” states the Georgetown and Thomson Reuters report.

Not just a big-firm issue, the Big Four’s push into legal services can affect the totality of the legal market.

“I think everyone should be cognizant, regardless of the size of the firm,” argues Chad Burton, a liaison for the ABA’s Commission on the Future of the Legal Profession and CEO of CuroLegal, a legal technology company.

Burton says he believes that rules limiting fee- and governance-sharing at law firms will need to be confronted and changed for the profession to evolve, be more competitive and better serve consumers.

Meeter at Deloitte agrees, saying that he sees good reasons to have rules that maintain the independence of a lawyer, but that “there is a need to revisit this topic given the development of the marketplace.” He adds: “Clients are increasingly demanding that integrated type of approach.”

Peters, who has watched similar changes in the English legal market over the past decade, adds: “The law firms are coming around to the realization that they need to evolve or die.”