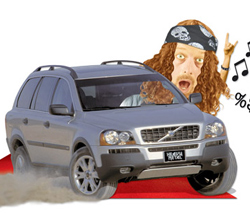 The world is quite a different place than it was 10, 15, 25 years ago. Changes seem to occur by an order of magnitude more quickly than they used to (how many times have you updated your Facebook status this week—or even today ).

But one constant hasn’t changed since the rule of law took hold: Criminals are prone to making flimsy excuses for their crimes. Plausibility can be thrown by the wayside in favor of an answer to the all-important “How do I get out of this mess ”

Some drivers, for instance, are quite creative with their reasons for operating their vehicles erratically. And while there’s nothing funny about such behavior, some of the excuses offered certainly seem laughable.

In their attempts to establish diminished capacity—wherein they can claim inability to form intent—defendants sometimes strain credulity a bit too much. They might as well quote the famous line from the late comic Flip Wilson, channeled through his alter ego Geraldine: “The devil made me do it!”

The so-called Ozzy defense was proffered by William Liston of Aurora, Ohio. He was stopped by police on Christmas Eve after driving in a reckless manner, reportedly forcing another vehicle off the road. Liston’s head was “bouncing around and he was losing consciousness,” according to a witness.

The arresting officer reported that Liston explained his deplorable driving this way: “Ozzy Osbourne and his music made me do it.”

Apparently the heavy metal was so awesome and excellent, the 33-year-old Liston couldn’t help being in a party mood. Of course, the problem lies in whether that mood was fueled by something besides Ozzy.

Then there’s the Greenwood Village, Colo., man who was driving on Highway 6 in Vail in July when he struck a bicyclist, seriously injuring him. Martin Erzinger, 52, then drove off without offering aid.

Erzinger’s attorney said sleep apnea was the likely cause of the accident. OK, that’s possible, but then an accident reconstructionist provided another theory: Erzinger was intoxicated by the new-car smell of his 2010 Mercedes. The report cited possible “harmful and noxious gases emitted from the upholstery.”

And maybe a Mercedes interior is a gateway drug, providing a high that could someday lead to huffing the interior of a Maserati—oops, forgive the digression.

The defenses we’ve looked at so far seem to have something in common with a bull byproduct, though another man incorporated a different Bull product into his defense.

Stephen Coffeen of Davis, Calif., is charged with killing his father at his home in St. Petersburg, Fla., in 2009. He is pursuing an insanity defense, largely based on two claims: He was sleep-deprived at the time of the murder, and he had consumed too many highly caffeinated Red Bull energy drinks.

If it’s true that the truth can set you free, these three guys might be out of commission for a while.