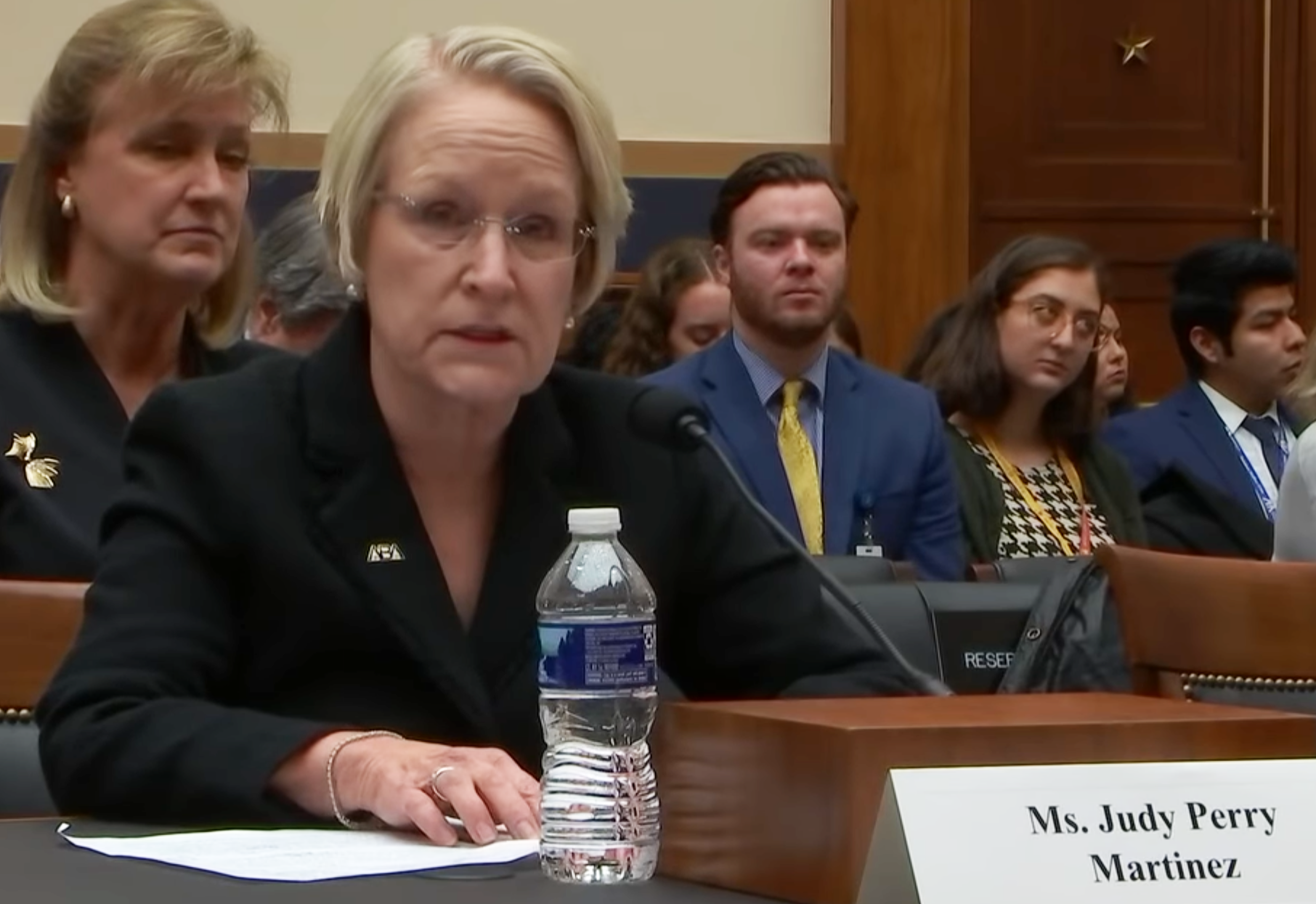 ABA President Judy Perry Martinez told a House subcommittee Wednesday that she has firsthand experience with the problems facing immigration courts and the people who appear there.

Martinez said she has traveled to the southern border of Texas several times to volunteer with the ABA’s South Texas Pro Bono Asylum Representation Project, which provides legal services to immigrants. She has interviewed people in detention, observed immigration court proceedings, and crossed into Matamoros, Mexico, to see how asylum-seekers are faring as they wait for their day in court under the Trump administration’s “remain in Mexico” policy.

“What I have seen personally, and what the ABA has determined through its various projects and studies, is that there are serious challenges to due process in our current immigration court system, judicial independence is at significant risk, and that fundamental change is necessary,” Martinez told the House Judiciary Committee’s Subcommittee on Immigration and Citizenship. (See this video for Martinez’s full testimony.)

“The immigration courts issue life-altering decisions each day that may deprive individuals of their freedom; separate families; and in the case of those seeking asylum, may be a matter of life and death. Yet the immigration court system lacks the basic structural and procedural safeguards that we take for granted in other areas of our American justice system,” she said, departing slightly from her prepared remarks.

Martinez’s remarks cited pressures on judges created by a quota system for case resolutions. Compounding the pressure are directives that discourage the use of continuances and virtually eliminate administrative closures that indefinitely pause immigration cases.

At the same time, the attorney general is increasingly referring Board of Immigration Appeals decisions to himself to decide questions of law and overturn long-standing precedent, the remarks said.

Martinez also said that immigrants are having problems accessing counsel, particularly asylum-seekers who remain in Mexico. Counsel who want to meet with their clients have to travel to dangerous places in Mexico. Hearings are held in tent courts in Texas, with judges and interpreters often appearing through videoconference.

Immigrants have one hour to meet with their attorneys before the hearings, and are not permitted to speak with the lawyers afterward, according to Martinez’s prepared remarks.

Lawyers are allowed to enter tent courts only to meet with their clients; they are not permitted to screen potential clients or to provide general legal information.

Only about 4% of asylum-seekers subject to the remain in Mexico policy have legal representation, according to Martinez. “This does not look like justice,” Martinez told the subcommittee.

Martinez spoke at a hearing on judicial independence and due process in immigration courts.