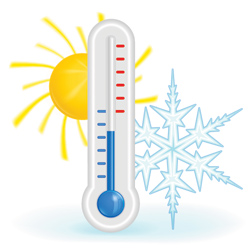 Devices designed to measure a person’s temperature from afar have been touted as a way to reduce the spread of the novel coronavirus. But the claims may be unrealistic, according to the American Civil Liberties Union.

“There is a veritable gold rush of companies scrambling to put ‘fever detectors’ on the market and cash in on the crisis,” the ACLU said in a May 19 white paper. “The result is accuracy levels that appear to be all over the map and a certain degree of snake oil.”

The New York Times has coverage; a press release is here.

Noncontact thermometers, such as thermometer guns and standoff thermal cameras, measure surface skin temperature, rather than core temperature. Measurements from the remote devices can be affected by such things as sunburn, alcohol consumption, sweat and air temperatures, according to the ACLU.

In addition, the devices won’t catch people who are infected without a fever. Or they may be used to exclude those who have elevated body temperatures for other reasons, such as cancer or a urinary infection.

Some may argue that an inaccurate screening is better than none, but that view has to be balanced with risks, the ACLU said.

The screening could miss people and create a false sense of security. False positives could annoy people and make them less likely to cooperate. In addition, positive results could cause consequences for people who can’t shop for groceries or go to work, even though they pose no health risks.

Privacy is also a concern, particularly if the devices are used in the long term, the ACLU said.

“We don’t want to wake up to a post-COVID world where companies and government agencies think they can gather temperature or other health data about people whenever they want,” the white paper said.

The ACLU made several recommendations. They include:

• People should know when their temperature is going to be taken, and they should have the right to leave, rather than submit to the test.

• No action should be taken against an individual based on a remote temperature check unless it is confirmed by a clinical-grade device. Provisions should be made for those who have fevers for reasons other than a COVID-19 infection.

• Anyone who is denied access to an essential service because of the results should be given an alternative means to access the service.

Previous:
How are the ABA's international ROLI programs adjusting to a global pandemic?