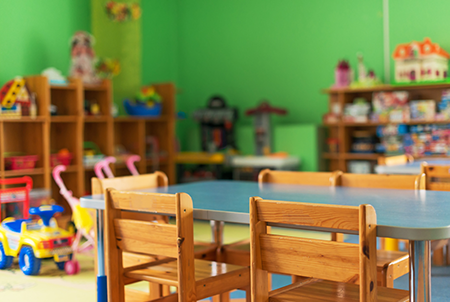 A school resource officer has been fired by the Orlando Police Department after arresting two 6-year-old children Thursday. Officials initially said the children were 6 and 8. The grandmother of one of the children said the girl was arrested for kicking a staff member during a tantrum at the Lucious and Emma Nixon Academy, a charter school. The resource officer, Dennis Turner, was a retired police officer assigned to a reserve unit. Turner is accused of failing to get approval for the arrests, which is required when children are under age 12. Turner was reprimanded before his retirement for alleged use of excessive force when he Tasered a man. (WKMG, the Washington Post, NBC, the New York Times)

Lawyer is convicted for alleged assault of strip-club dancer

A court-appointed defense lawyer in Roanoke, Virginia, was convicted of misdemeanor assault and battery for allegedly pinching and starting to choke a dancer during a private dance at the strip club he managed. The lawyer, Charles John “C.J.” Covati, had previously worked as a substitute judge in domestic relations cases. The woman said Covati told her she needed to perform for him in a private booth so he could show her what strip-club patrons might do to her. The woman said she reported the abuse to the club owner a few days later, and was fired about a week after that. At that point, she went to police. The club did not keep video of the incident, though two employees who monitored the booth and reviewed the video said they didn’t recall seeing anything amiss. Covati plans to appeal. (The Roanoke Times)

Judge orders Trump to appear for deposition in protesters’ suit

A Bronx judge ruled Friday that President Donald Trump must appear for a video deposition in an assault suit filed by protesters against the president, his campaign and his business. Judge Doris Gonzalez said Trump’s testimony is indispensable to determine his control over the security guards accused of roughing up the protesters outside Trump Tower in September 2015. “No government official, including the executive, is above the law,” she wrote. (Politico, the Washington Post, the Sept. 20 opinion)

States sue US over auto emissions

California and nearly two dozen other states have sued over the Trump administration’s plan to pre-empt states’ authority to set their own standards for auto emissions. At issue is a decision to reverse a waiver granted to California by the Obama administration that allowed the state to set standards that are stricter than federal regulations for greenhouse gas emissions from vehicles. (The New York Times, press release, Sept. 20 lawsuit)

First brief updated on Sept. 24 to report the officer has been fired.

Previous:
42% of summer associates surveyed say they are concerned about mental health

Next:
Lawyer accused of smelling of alcohol at client's felony trial gets suspension