Around the Blawgosphere: Pool of trained associates will eventually dry up, blogger warns

The pool is drying up

“My recollection of the stat is that after five years only two out of ten new associates will still be at a firm. That stat alone suggests ‘investment’ may not be the right word or at a minimum, we would call this a poor investment model,” Toby Brown writes at 3 Geeks and a Law Blog. “But now many others are joining in, happy to make a return off of the castaway investments of law firms. Non-firms such as Axiom, LPOs like Pangea3 and even new alternative firms such as Valorem Law Group are more than happy to cash in on these investments.” These firms’ business models are in fact dependent on the availability of these investments, Brown asserts.

But Brown, director of strategic pricing and analytics at Akin Gump, says that law firms are gradually withdrawing from this part of the food chain. They’re already hiring fewer associates.

“As an economist, I am very curious to see how the market will respond once the pool has dried up,” Brown wrote. “You would have to assume the gap will be filled since markets tend to fill a vacuum. An alternative for training these people should emerge. But here’s the real question: Who will be able to make a return on that investment?”

When you know it’s the end

When is a statement a dying declaration—and when is it just hearsay? At EvidenceProf Blog, University of South Carolina law professor Colin Miller notes a Michigan court of appeals case in which Ronald Bishop Thompson was convicted of murder in part based on a handwritten statement written by his victim—who had been shot in the throat—identifying him as the shooter.

On appeal, Thompson argued that the victim did not believe his death was imminent, and so therefore his message could not be admitted under the dying-declaration exception to the hearsay rule. The court disagreed (PDF), concluding that “the surrounding circumstances, including ‘the apparent fatal quality of the wound’ can establish that he believed his death to be imminent.”

Thompson also asserted that once the victim was hospitalized and was asked how long he thought he’d be on a ventilator, he wrote “10 days”—and that this supports his claim that the victim did not believe he was about to die. But the court found that this fact was not in evidence and therefore couldn’t be considered on appeal. 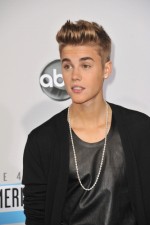 Is PACER profitable? At Lawyerist, Minneapolis solo Sam Glover notes that the Minnesota Bankruptcy Court just announced that it would be charging $2.40 for audio files of court proceedings. “That’s substantially more than [Justin] Bieber’s singles go for, and probably no better for dancing,” Glover wrote.

Which makes Glover wonder if the court system is making a profit on PACER. “It better be, because I can’t imagine how it could possibly justify charging $2.40 for a few megabytes of audio—not to mention $.10 per page for PDFs—if it isn’t turning a tidy profit on those downloads.”

Many believe PACER files should be available for free. In 2009, during a trial of free PACER service at 17 libraries across the country, “hactivist” Aaron Swartz downloaded nearly 20 million pages from PACER and turned the content over to open access advocate Carl Malamud. Swartz later faced prosecution over accusations he broke into a computer-wiring closet at the Massachusetts Institute of Technology to download much of the JSTOR database of academic papers, with the intent to share the information online. Swartz committed suicide Jan. 11.