Out of 2,396 elected prosecutors in the United States, eight identified as Asian American, according to a new study sponsored by the American Bar Foundation and the National Asian Pacific American Bar Association.

Additionally, in 2019, only one Senate-confirmed U.S. attorney identified as Asian American, according to the study.

Titled A Portrait of Asian Americans in the Law 2.0: Identity and Action in Challenging Times, it follows a similar study from 2017—with data comparisons.

Also, the 2022 study cites Asian Americans and Pacific Islanders data from 2021, which found that one in six Asian Americans reported experiencing a hate incident in 2021, compared to one in eight in 2020.

Priya Purandare, the executive director of the NAPABA, said at a Monday press conference much of the hate crimes related to the COVID-19 pandemic.

For the new study, more than three-quarters of the lawyers surveyed reported feeling less physically safe in 2022 than they did two years ago. There were 705 respondents.

Additionally, 85% of respondents reported having more conversations about racial justice since March 2020, and 42% increased their part in formally organizing such discussions at work. Also, a greater percentage of 2022 respondents reported that they had thought about running for office, compared to lawyers surveyed in 2016. 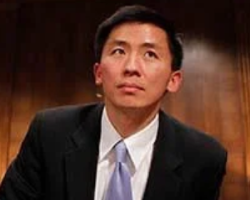 “I have spoken out a great deal about anti-Asian racism in the past two years. This is not a comfortable topic. I think there is a certain ethos in the community of just grin and bear it, keep your head down, don’t complain. Lawyers are no longer willing to grin and bear it and not complain,” said California Supreme Court Justice Goodwin Liu, one of the study’s authors, at the press conference.

“These are really important issues, and lawyers in our communities feel a great sense of responsibility because of the positions of privilege and authority they hold. If lawyers are not going to speak out about these issues, than who is,” Liu said.

A former University of California at Berkeley School of Law professor who clerked for U.S. Supreme Court Justice Ruth Bader Ginsburg, Liu was nominated to the 9th U.S. Circuit Court of Appeals at San Francisco two times by former President Barack Obama. After Republicans blocked his nomination with a 2011 filibuster, Liu was appointed to the California Supreme Court by former California Gov. Jerry Brown.

Representation on the federal bench was also addressed in the study. The percentage of federal Asian American judges has increased, from 3.4% in 2016 to 6% in 2022, according to the study. But there’s been a decrease in the clerkship pool. In 1995, 6.4% of federal clerks were Asian American, compared to 5.8% in 2021.

Liu also was a co-author on another recent article, Law Clerk Selection and Diversity: Insights from 50 Sitting Judges of the Federal Courts of Appeals. Citing recent National Association for Law Placement data, that study states that for recent graduates with federal clerkships, 79.2% were white, 7.9% were Latinx, 6% were Asian and 4.1% were Black.

Law firms were was also examined in the A Portrait of Asian Americans in the Law 2.0 study. While Asian Americans comprise 8.6% of all attorneys, they make up only 4.3% of equity partners. Additionally, Asian Americans had the highest attrition rate at large law firms.