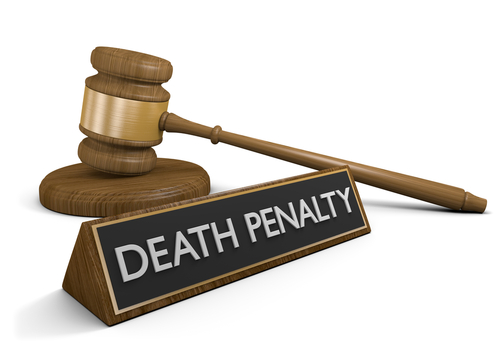 An Alabama inmate who sought execution by nitrogen hypoxia was put to death by lethal injection Thursday after the U.S. Supreme Court allowed the execution to proceed.

Justice Amy Coney Barrett was among four justices who would have kept an injunction in place that prevented execution of the inmate, 43-year-old Matthew Reeves. She did not join the dissent, however, by Justice Elena Kagan that was joined by Justices Sonia Sotomayor and Stephen G. Breyer.

The Associated Press, SCOTUSblog and AL.com have coverage.

Reeves’ lawyers had contended that he failed to choose execution by nitrogen hypoxia because he didn’t understand the form presenting the choices. Reeves read at a grade-school level because of cognitive deficiencies, according to the evidence.

Reeves claimed that the Americans with Disabilities Act required prison officials to explain the form to him.

A federal judge and the 11th U.S. Circuit Court of Appeals at Atlanta had prevented Reeves’ execution. The appeals court had reasoned that Reeves would still be executed by hydrogen hypoxia after the state finalized its protocol, set to take place within a matter of weeks.

Kagan emphasized that the district court had considered a written record of more than 2,000 pages and had heard more than seven hours of testimony.

“A short delay cannot justify dismissing, as the court does today, the strength of Reeves’s suit—or the careful work of the judges primarily responsible for assessing his case,” Kagan wrote.

According to AL.com’s coverage of the execution. Reeves “grimaced and rose his head slightly to look at the IV in his arm” as the execution began at about 9:03 p.m. He closed his eyes at about 9:09 p.m., and he was pronounced dead at about 9:24 p.m.

Reeves was convicted of murder in 1998 for a crime that he committed at age 18. The victim, Willie Johnson, had towed Reeves’ broken-down car after finding him and others stranded on an Alabama dirt road. Johnson was robbed and killed by a shotgun blast. Afterward, Reeves bragged about the killing at a party, prosecutors said.

The Supreme Court had rejected a prior ineffective assistance claim by Reeves in July 2021.