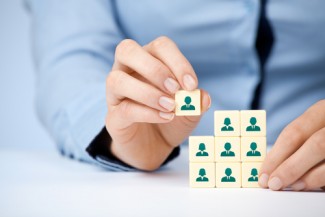 Arnold & Porter Kaye Scholer and Law Resources Inc. will pay a $56,500 civil penalty to resolve claims that they excluded U.S. citizens with dual citizenship and non-U.S. citizens with authorization from a document review project, the U.S. Department of Justice announced Thursday.

The settlement also resolves claims that Law Resources Inc., a Washington, D.C.-based legal staffing company, retaliated against a U.S. citizen with dual citizenship after she objected to the citizenship status restriction. The company will pay an additional civil penalty of $3,000 and offer $11,875 in back pay to the affected worker.

“The United States of America is the land of opportunity, and the United States government remains committed fully to the fundamental principle that in this country, all people authorized by law to work should be able to pursue happiness by earning a living without suffering the indignity of discrimination because of where they came from,” said Assistant Attorney General Eric Dreiband of the DOJ’s Civil Rights Division in a news release. “Our law protects this ideal in many ways, including by prohibiting unlawful citizenship status restrictions in hiring.”

Bloomberg Law and Law.com have coverage.

During its investigation into Arnold & Porter and Law Resources Inc., which began in November 2018, the DOJ determined that neither the law firm nor the company had a legal basis for citizenship hiring restrictions when recruiting and hiring temporary employees to staff a document review project earlier that fall.

The DOJ found that Arnold & Porter improperly interpreted the International Traffic in Arms Regulations, and Law Resources Inc. separately retaliated against the objecting complainant by placing her on a list of people to avoid hiring in the future.

Under the terms of the settlement, the companies will jointly offer $55,000 in back pay to other affected workers, train employees on the Immigration and Nationality Act’s anti-discrimination provision, and agree to two years of departmental monitoring.

Arnold & Porter said in a statement provided to Bloomberg Law that it cooperated fully with the Civil Rights Division’s Immigrant and Employee Rights Section.

“This case involves a single incident where the firm mistakenly provided a third-party vendor inaccurate information about the criteria for selecting contractors for a document review,” Arnold & Porter said in its statement. “As soon as this inadvertent mistake was brought to our attention, the firm took steps to prevent it from happening again.”