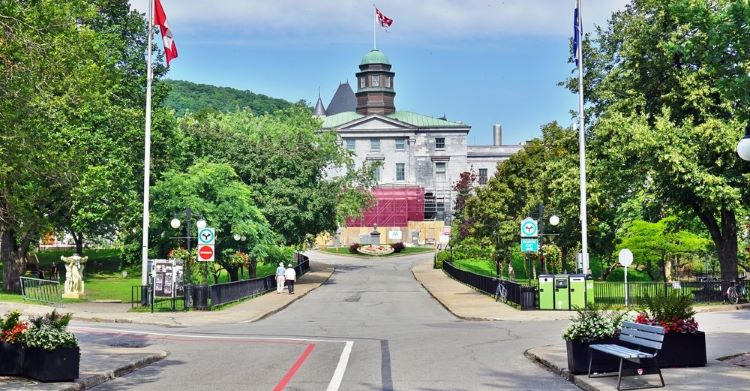 The downtown Montreal campus of McGill University, a public research university in Canada founded in 1821. Photo from Shutterstock.

A Canadian law school’s unusual apology to one of its law students has gone viral after it was posted to Twitter last week.

“I understand that on June 30, 2020, a member of university staff called your family and informed them, erroneously, that you had passed away,” the letter said. “I recognize that this mistake would have caused very serious distress to your family and to you. On behalf of McGill University, I formally apologize for this most unfortunate occurrence.”

Ly told Law.com that she has filed a complaint with the Quebec Human Rights Commission.

“This ordeal has taken a lot out of me, and I think about this every day,” she told Law.com.

Ly said she isn’t the only Black student who has had problems with the university.

“McGill has a track record of treating Black students so poorly that they leave the institution,” Ly told Law.com. “Earlier this year, I attended an executive meeting of McGill’s Black Student Network to discuss my experience and get their insights on moving forward. At some point, we discussed whether another student or I topped the list of some of McGill’s vile treatment against Black students. So my experience is shocking, but there’s worse.”

The letter to Ly was written by Suzanne Fortier, principal and vice chancellor at McGill University.

The university told the ABA Journal in a statement that the June 2020 incident “is the result of a most unfortunate human error, by which an employee of the university contacted Ms. Fanta Ly’s sibling, thinking she was reaching out to the family of another student who had passed away. The employee noticed the mistake early in the call and immediately apologized profusely. The principal of the university also sent a written apology to Ms. Ly.

“We have since carefully reviewed our internal processes to ensure that such incidents do not happen again.”

“Increasing Black student access and success is a key pillar of our Action Plan to Address Anti-Black Racism, which was presented in September 2020,” the statement said. “The action plan recognizes that all institutions—including universities—are called to action to address systemic racism.”

The action plan seeks to build campuses where Black students, faculty and staff “feel welcomed, respected and capable of thriving.”