Could Trump be banned from office if he's convicted of taking government documents? 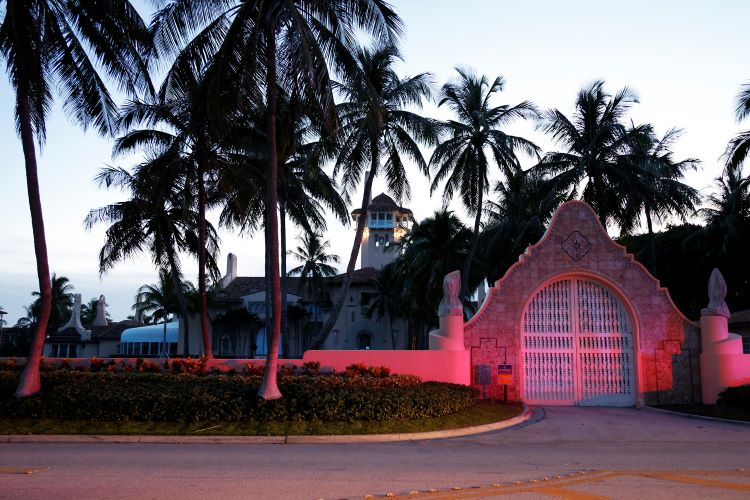 Former President Donald Trump wouldn’t necessarily be disqualified from office if he was convicted of taking government documents, despite a statute that says so, several legal experts say.

The experts are taking a closer look at the law, Section 2071 of Title 18 of the United States Code, following a search on Trump’s Mar-a-Lago home in Palm Beach, Florida, on Monday. Unnamed sources told several publications, including CNN and the Washington Post, that the FBI was investigating whether Trump took documents, some of them top secret, to his residence.

In January, Trump returned 15 boxes of documents to the government that he had taken with him when he left the White House, the New York Times notes. Some of the material was classified.

Section 2071 says anyone who “willfully and unlawfully conceals, removes, mutilates, obliterates, falsifies or destroys” government documents is guilty of a crime carrying a penalty of up to three years in prison. In addition, anyone who violates the law “shall forfeit his office and be disqualified from holding any office under the United States.”

But the law can’t override the U.S. Constitution, which provides the qualifications for president, according to experts cited by the New York Times and a post at the Election Law Blog by Rick Hasen, a professor at the University of California at Los Angeles School of Law.

“Nope, can’t impose qualifications on holding the presidency by statute—the qualifications are set out in the Constitution. The search for ‘one weird trick’ to banish Trump from politics will have to continue.”

CNN spoke with legal experts who considered whether Trump would even be charged with a crime. The law on records destruction could pose a problem for prosecutors because of the need to show that Trump “willfully” violated the law.

According to CNN and a February post by the LawFare blog, the federal statute on obstruction of justice could also come in to play.

“If the intent was ‘Let me get these documents taken out of the way because they could look bad, they could be damning for me in an investigation, in a lawsuit,’ then you’re talking about potential obstruction of justice,” said CNN legal analyst Elie Honig. “So the devil will be in the details here.”

Hasen noted another constitutional provision that, in his view, could bar Trump from office—Section 3 of the 14th Amendment. It says anyone who has “engaged in insurrection” against the United States after taking an oath to support the Constitution is barred from office.

Hasen argued that there is “a powerful case to be made” that Trump’s efforts to overturn the 2020 election make Trump ineligible for a second presidency.