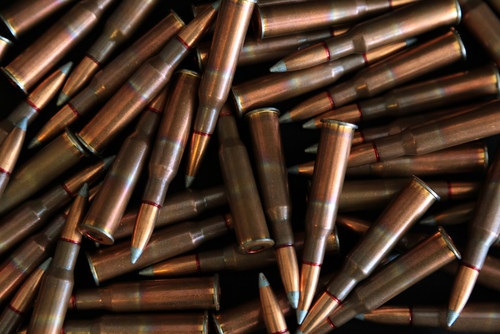 Gun rights groups are losing their battles to stop a ban on bump stocks from taking effect.

Chief Justice John G. Roberts Jr. and the U.S. Supreme Court refused to intervene in two cases last week, one from Michigan and the other from Washington, D.C., the New York Times had reported.

On Monday, the U.S. Court of Appeals for the District of Columbia Circuit refused to block the ban in the D.C. case, while keeping a stay temporarily in place that applied only to the plaintiffs. Courthouse News Service and Reuters have coverage. The temporary stay was intended to allow for another appeal to the U.S. Supreme Court.

The new regulation banning bump stocks took effect March 26. Bump stocks, used to accelerate gunfire on semi-automatic weapons, were used in the 2017 Las Vegas mass shooting that left 58 people dead. The new regulation defines a bump stock as a machine gun, a weapon that is banned under the Firearms Owners’ Protection Act of 1986.

“A foundational requirement for obtaining preliminary injunctive relief is that the plaintiffs demonstrate a likelihood of success on the merits,” the appeals court said. “Neither the challenge to Acting Attorney General [Matthew] Whitaker’s authority nor the objections to the substantive validity of the Bump-Stock Rule clears that hurdle.”

The court noted that Attorney General William Barr had approved the new rule March 11, and his “authority to ratify [the rule] is unquestioned.”

The court also said the statutory definition of “machine gun” is ambiguous, and the bureau’s interpretation is reasonable.

The case is Guedes v. Bureau of Alcohol, Tobacco, Firearms and Explosives.