Decision striking down part of sex offender law is 'the talk of the prison,' lawyer says 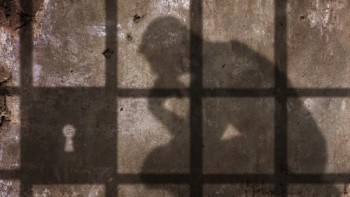 A federal judge in Chicago has found that it is unconstitutional for Illinois to hold sex offenders in prison after their release date when they are so impoverished that they can’t find a place to live that complies with state requirements.

Kendall said the state’s application of the suitable host-site requirement to the plaintiffs violates the Eighth and 14th Amendments. “At the very heart of the liberty secured by the separation of powers is freedom from indefinite imprisonment by executive decree,” she wrote.

A lawyer for the plaintiffs, Mark Weinberg, told WBEZ that the decision could affects hundreds of people who remain in prison after serving their time. One plaintiff told him the decision is “the talk of the prison.”

Many sex offenders in Illinois complete their entire prison sentence “yet remain detained indefinitely” because they lack income and support to find a place to live that satisfies the Illinois Department of Corrections, Kendall said.

Parole agents review potential host sites where sex offenders will live after prison, and there is no formal procedure to review their decisions. A variety of statutes and regulations apply. Sex offenders cannot live within a certain number of feet from schools, parks and day care centers. They may be barred from living near places where they committed past crimes, such as a massage parlor or a nail shop. They can’t live in the same condo or apartment complex as another sex offender.

Initially, sex offenders can’t live in a home where minors live or may visit. That means a married offender can’t live with their spouse or child. They also can be barred from sites with pets, binoculars, cameras, video equipment, safes, gaming equipment and devices that can access the internet.

Kendall said the Illinois procedures discriminate against sex offenders who can’t afford to pay for a suitable place to live, a violation of the 14th Amendment’s equal protection clause. “This application of the statutory scheme discriminates against the plaintiffs because of their poverty,” she wrote.

Kendall also said the scheme punishes offenders because they would be homeless after their release, a violation of the Eighth Amendment’s ban on cruel and unusual punishment.

Kendall said she will decide on a remedy after a hearing.

Another lawyer for the plaintiffs, Adele Nicholas, told WBEZ there are a couple possible solutions. “One would be making available different forms of free housing that people who can’t afford a place to live could go to,” Nicholas said. That could include “allowing people to parole to homeless shelters, or making it so there are halfway houses people could live in, or work release.”