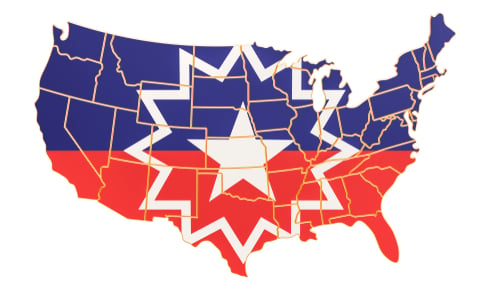 About 50 law firms made Juneteenth a paid holiday last year. All of the several dozen firms in that group that were contacted by Law360 Pulse said they are making Juneteenth a holiday again this year, Law360 reports.

Most in that group said they would make Juneteenth a permanent paid holiday, while a few firms indicated that they were still considering their future plans.

Juneteenth is June 19, which falls on a Saturday this year. As a result, law firms are observing the holiday on June 18.

Among the top five law firms on the Law360 400, two—Latham & Watkins and Morgan, Lewis & Bockius—said they were making the holiday permanent. Kirkland & Ellis and Greenberg Traurig said Juneteenth was a paid holiday again this year but didn’t respond when asked whether the holiday will be permanent. Jones Day did not respond to Law360’s requests for comment.

Some firms took a slightly different tack. Wilson Sonsini Goodrich & Rosati will make Juneteenth a day of service on which employees can do volunteer work, while Squire Patton Boggs will make Juneteenth a day of reflection and host forums with diversity consultants, according to Law360. Duane Morris will host a town hall moderated by the law firm’s chief diversity and inclusion officer, Law.com reports.

Industry watchers told Law360 that it’s too early to be certain whether Juneteenth will become a permanent holiday for BigLaw, “but it looks like the practice is on track to becoming an industry standard,” according to Law360. Also concurring that Juneteenth will become a permanent feature are the leaders of several BigLaw firms, including Clifford Chance; Akin Gump Strauss Hauer & Feld; and Sidley Austin, Law360 reports.