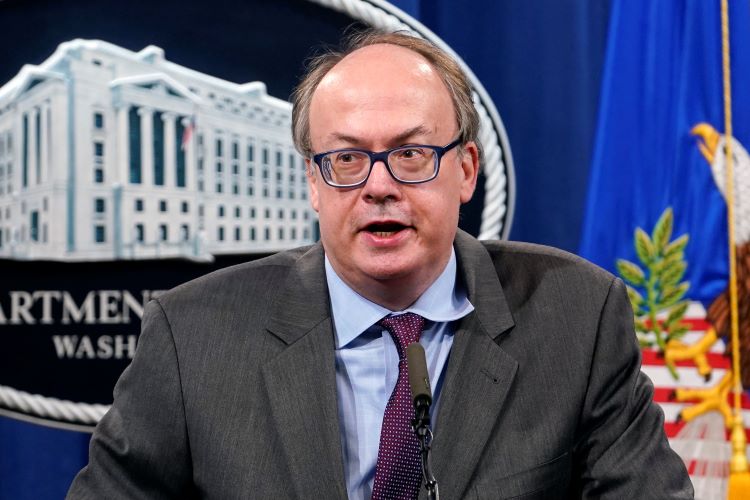 A former Department of Justice official who drafted a letter about election fraud concerns and alternate electors in Georgia is facing ethics charges for the allegedly false statements.

The former official is Jeffrey Clark, the former chief of the department’s Environment and Natural Resources Division who was also the acting head of the DOJ’s Civil Division. His letter was written in late December 2020, after former U.S. Attorney General William Barr publicly announced that there was no widespread election fraud in 2020 and submitted his resignation.

Clark hoped to send the letter to Georgia officials after being installed as the acting attorney general, a plan that never came to fruition after DOJ officials threatened mass resignations.

The District of Columbia Court of Appeals’ Board on Professional Responsibility instituted formal disciplinary proceedings against Clark with a July 19 petition.

According to the specification of charges, Clark wrote a “proof of concept” letter with the false allegations and sent it to then-Acting Attorney General Jeffrey A. Rosen and then-Acting Deputy Attorney General Richard Donoghue. Clark asked the two officials to sign the letter, which was addressed to the governor of Georgia and lawmakers in the state. They refused.

Ethics officials alleged that the letter made these false or misleading statements about Georgia, which was won by President Joe Biden:

• That the DOJ had “identified significant concerns that may have impacted the outcome of the election in multiple states, including the state of Georgia.”

• That the DOJ thought that there were two slates of electors in Georgia—one supporting Biden and the other supporting former President Donald Trump—and that both had been transmitted to Washington, D.C.

• That the DOJ concluded that Georgia’s governor should convene a special session of the legislature, and that the legislature had the authority to act on its own if the governor refused.

After Rosen and Donoghue refused to sign the letter, Clark informed the two men that Trump had offered him the job of the acting attorney general. Clark said he was thinking of accepting if his letter was not sent. He later told Rosen that he had accepted the position and would send his letter after he took over the job.

Rosen and Donoghue then arranged a phone call with some of the assistant attorneys general. They all agreed that they would resign if Clark carried out his plan, according to the ethics charges.

Rosen arranged a meeting with Trump. Donoghue and Clark also attended, along with the White House counsel and two other lawyers. During the meeting, Donoghue told Trump that, if Clark got the job, Trump should expect all the assistant attorneys general to resign. It was likely that a number of U.S. attorneys and career department employees would resign, as well, Donoghue said.

Hat tip to Reuters reporter Sarah N. Lynch, who tweeted the news; the Legal Profession Blog, which linked to the ethics charges; and Law & Crime, which had early coverage.

Federal agents raided Clark’s suburban Virginia home in June. The reason for the raid was unknown.