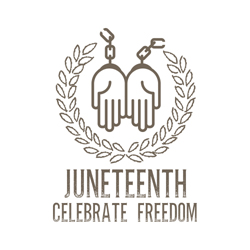 The slayings of nine people attending a Bible-study group at a historic African-American church this week cast a heavy shadow over the annual Juneteenth celebration of black empowerment and freedom from slavery.

However, the shooting attack, described by law enforcement officials as a hate crime committed by a white man, has also drawn new attention and support to the 150th anniversary of June 19, 1865. That is the day when a Union general, some two months after the Civil War effectively ended with Gen. Robert E. Lee’s surrender, announced to a crowd in Galveston, Texas, that President Abraham Lincoln had freed the nation’s slaves.

“This was the first time many in the crowd had learned of the Emancipation Proclamation, which President Lincoln had issued two and a half years before,” writes historian Kenneth Davis in an op-ed article in the New York Times (reg. req.). “White slaveholders had suppressed the news of the decree freeing the slaves in Confederate territory not under Union control.”

A year later, celebration of Juneteenth began in Texas, and the holiday is now recognized nationwide.

The slayings of the pastor and eight other people at the Emmanuel African Methodist Episcopal Church in Charleston, South Carolina, this week have focused new attention on both Juneteenth and the ongoing fight for civil rights.

“We can celebrate—and should be allowed to celebrate—the universal freedom that was acknowledged on that day in 1865. But in light of Charleston, we are reminded that freedom continues to be challenged, tested, and denied—even today,” writes Zeba Blay in a Huffington Post opinion article.

A number of organizations have revised their original plans for Juneteenth this year to recognize the Charleston victims, USA Today reports. Among the new plans is an interfaith prayer vigil for the nine victims and the Emanuel AME Church at 7 p.m. Friday at the African American Civil War Memorial and Museum in Washington, D.C. That event is being organized by the National Black United Front.

Similar prayer vigils reportedly have been held or will be held at AME churches throughout the country.

Next year, Juneteenth should be officially recognized by the federal government as a national holiday of the same importance as Martin Luther King Day, suggests a San Jose Mercury-News columnist.

Meanwhile, there is no shortage of activities for those who wish to celebrate Juneteenth this year. Cities in Colorado, Texas and Virginia are among those that have scheduled events, according to the Denver Post, the Houston Chronicle, the Longview News-Journal and Inside Nova.

Time: “What Happened After the First Juneteenth”