Faxes may be little used, but they are still the subject of suits alleging violations of federal law 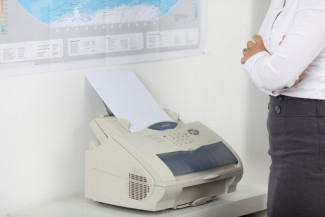 Suits filed have increased from 44 in 2009 to 4,860 last year, the Wall Street Journal reports in a story relying on data from WebRecon.

The suits allege violations of the Telephone Consumer Protection Act, which was enacted in 1991 and modified by the 2005 Junk Fax Protection Act. Some business groups and defense lawyers say the act’s acronym—TCPA—should stand for “Total Cash for Plaintiffs’ Attorneys.”

Businesses that send unwanted faxes can be liable for at least $500 per message under the laws, an amount that is tripled for willful or knowing violations. Class actions can lead to multimillion-dollar liability.

Many of the more recent cases involve “more nuanced violations” of the law, such as failure to include the exact language required by law to inform recipients about how to opt out of future correspondence, according to the story.