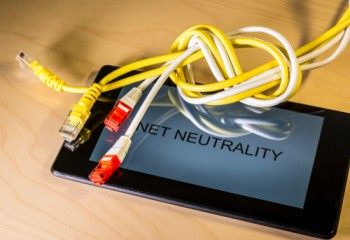 The 3-2 vote allows internet providers to speed up, slow down, block or charge for access to websites, report the Washington Post, Politico, the New York Times, USA Today and Law360 (sub. req.). The rule would allow internet service providers to give preferential treatment to websites they own or ones that pay for fast lanes that would speed up delivery of content.

Internet service providers would have to disclose their actions, however.

The FCC also classified the internet as a Title I information service instead of a Title II telecommunications service, giving it less authority to regulate, according to Law360. A federal appeals court had upheld the Title II classification in June 2016.

New York Attorney General Eric Schneiderman said he will lead the multistate lawsuit. “The FCC just gave Big Telecom an early Christmas present, by giving internet service providers yet another way to put corporate profits over consumers,” he said in a press release.

“Today’s new rule would enable ISPs to charge consumers more to access sites like Facebook and Twitter and give them the leverage to degrade high quality of video streaming until and unless somebody pays them more money. Even worse, today’s vote would enable ISPs to favor certain viewpoints over others.”

Schneiderman contends the public comment process “was deeply corrupted” and as many as 2 million comments were made using stolen identities.

Attorney General Bob Ferguson said in a release that Washington state will join the lawsuit. “There is a strong legal argument that with this action, the federal government violated the Administrative Procedure Act,” he said.