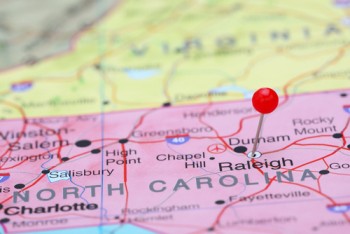 The campaign organization for North Carolina Attorney General Josh Stein has obtained an injunction that bars a local district attorney from prosecuting people involved in producing a negative advertisement about Stein’s opponent in the 2020 election.

In an Aug. 23 unpublished order, the 4th U.S. Circuit Court of Appeals at Richmond, Virginia, issued the injunction barring a libel prosecution pending an appeal.

The Associated Press, the Washington Post and the Carolina Journal have coverage.

The campaign ad had blamed Stein’s opponent, Forsyth County District Attorney Jim O’Neill, for a backlog of untested rape kits. O’Neill maintains that police are to blame, according to the Washington Post. Stein is a Democrat, and O’Neill is a Republican.

A Wake County, North Carolina, grand jury had issued a presentment Monday seeking indictments of Stein, his chief of staff and his 2020 campaign manager, according to the Carolina Journal.

The grand jury recommended prosecution under a 1931 law that makes it a misdemeanor to publish “derogatory reports with reference to any candidate in any primary or election, knowing such report to be false or in reckless disregard of its truth or falsity.”

The 4th Circuit said the law appears to be unconstitutional because the First Amendment doesn’t allow a state to criminalize true statements, even when made with actual malice.

“And it appears the law challenged here does just that” by criminalizing derogatory reports that are made with reckless disregard of truth or falsity, the appeals court said.

The case will be argued before the appeals court in December. The statute of limitations expires in October, but the court noted that the campaign and other plaintiffs had indicated that they were willing to agree to a reasonable stipulation that tolls the time limit.