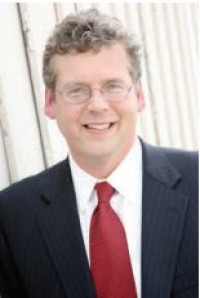 A federal judge in Tennessee who joined the bench in 2011 spent his last day on the job on Friday, then denounced mandatory minimum sentences in an interview the next day.

The judge, Kevin Sharp, resigned to join the employment and civil rights firm Sanford Heisler, which will now be called Sanford Heisler Sharp, the New York Law Journal (sub. req.) reports. Sharp said he left because he was excited about joining the firm, and he thinks it’s an important time to pursue civil rights cases, the article reports.

Sharp will establish a fifth office for the firm in Nashville.

But in an interview with The Tennessean, Sharp spoke about his frustration on the bench when his hands were tied by the law, and mentioned “drugs and guns” cases that require mandatory minimum sentences.

“The drugs-and-guns cases, you say it like that and it sounds like they’re all dangerous,” he said of the defendants. “Most of them are not. They’re just kids who lack any opportunities and any supervision, lack education and have ended up doing what appears to be at the time the path of least resistance to make a living.”

Sharp talked about one case that particularly troubled him. He was required to sentence the defendant, Chris Young, to life in prison in a drug-trafficking case because the youth had two prior drug-dealing convictions. Young had testified that his mother was a drug addict and he grew up in a home that sometimes had no lights or water. For a while, he worked at a funeral home but he saw friends dealing drugs and he wanted to join them.

Sharp said told the Tennesean that he would work to get Young’s sentence commuted. “If there was any way I could have not given him life in prison I would have done it,” Sharp told the publication.