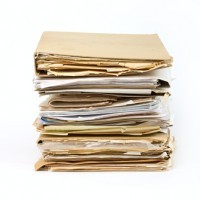 The abundance of electronically stored documents is spurring a committee of the U.S. Judicial Conference to propose abolishing the “ancient documents” rule.

The rule—803(16) of the Federal Rules of Evidence—allows the admission of documents that would usually be banned as hearsay if the documents are at least 20 years old and appear authentic. The National Law Journal (sub. req.) has a story on the proposal to scrap the rule.

A committee report (PDF) said the rule “has always been questionable” but it has been tolerated because it is infrequently used, and usually in cases where there is no other evidence on point.

Now, the abundance of electronic documents creates a strong likelihood that the ancient documents exception will be used much more frequently in coming years, according to the report by U.S. District Judge William Sessions III of Vermont, who chairs the advisory committee on evidence rules.

“Many forms of [electronically stored evidence] have just become or are about to become more than 20 years old, and there is a real risk that substantial amounts of unreliable ESI will be stockpiled and subject to essentially automatic admissibility under the existing exception,” the report said.

The ancient documents exception was originally intended to cover property issues to ease proof of title, the report said. But the premise for the rule was flawed. “A document does not magically become reliable enough to escape the rule against hearsay on the day it turns 20,” the report said.

Sessions told the National Law Journal that the residual exception to the hearsay rule could still be invoked in some cases where the ancient documents rule would apply. Codified in Rule 807, the residual exception can be used to admit hearsay when it is more probative than other reasonably available evidence.

Public comments on the proposal can be submitted until Feb. 16, according to the U.S. courts website.