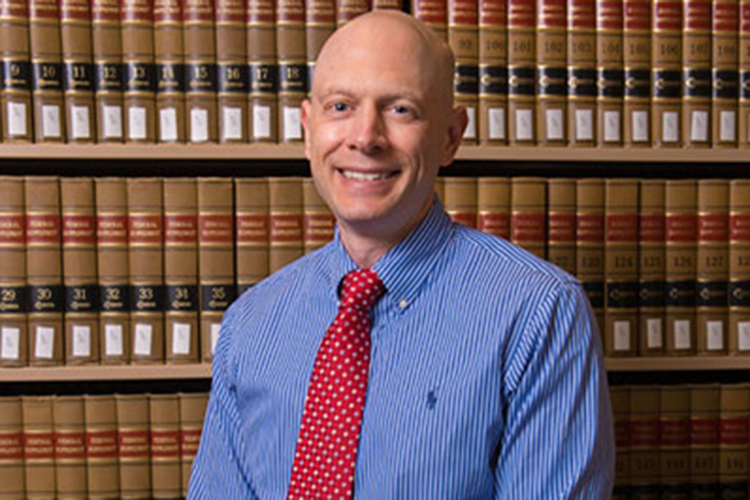 Richard Peltz-Steele teaches courses in tort law, media law and comparative law for the University of Massachusetts School of Law in Dartmouth, Massachusetts.

A University of Massachusetts School of Law professor is suing his union, his university and the state over a law that gives the union exclusive rights to represent him in salary negotiations and grievance procedures.

Richard Peltz-Steele is not a member of the UMass Faculty Federation, but a state law gives the organization exclusive bargaining for terms and conditions of his employment, according to a Sept. 28 lawsuit filed in the U.S. District Court for the District of Massachusetts. Peltz-Steele is represented by the Liberty Justice Center.

According to a news release from the Liberty Justice Center, the university in 2020 initially proposed a 5% salary cut for all employees due to financial losses caused by COVID-19. The union negotiated a plan to create different pay cuts depending on salary levels, and that left Peltz-Steele with a 12% salary cut for the year.

When he contacted Eric Mitnick, dean of the Darmouth, Massachusetts-based law school, to ask about bringing a grievance, he was told he could not without union approval under the collective-bargaining agreement governed by state law.

“I am not a member of the union and I do not give them permission to represent me and rashly agree to unreasonable terms that affect my livelihood. The Commonwealth cannot suspend my free speech rights to streamline negotiations,” Peltz-Steele said in the news release.

Mitnick did not immediately respond to an ABA Journal interview request. According to Peltz-Steele’s lawsuit, the union and the university rejected or failed to consider alternatives to salary cuts, such as administrative staff reductions, extended voluntary furloughs or getting money from the university’s “rainy day fund.”

The Liberty Justice Center, a nonprofit, public-interest litigation center, was also involved in Janus v. AFSCME, a lawsuit that challenged an Illinois law requiring public employees to pay agency fees for collective bargaining. In a 5-4 opinion, the U.S. Supreme Court in 2018 found the law violated free speech rights under the First Amendment.

Peltz-Steele’s action follows a similar lawsuit brought by University of Massachusetts faculty and public school teachers in 2019, arguing that the state’s collective bargaining law blocks employees who are not union members from voting or voicing opinions on work conditions. The Massachusetts Supreme Court dismissed the case in 2019, and the U.S. Supreme Court denied cert in 2020.