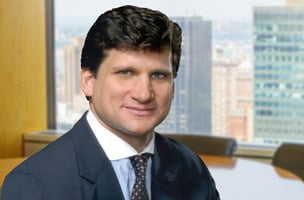 Gordon Caplan, the former co-chairman of Willkie Farr & Gallagher, pleaded guilty Tuesday to an accusation that he paid $75,000 to a college admissions consultant to have an exam proctor correct some of his daughter’s answers on the ACT.

Caplan pleaded guilty in Boston federal court to a charge of conspiracy to commit mail fraud and honest services mail fraud, report the New York Law Journal, USA Today, CNN and Bloomberg. Caplan had indicated that he would plead guilty last month in a statement that said his daughter had no knowledge of his actions.

In court Tuesday, Caplan said he wanted “to emphasize my daughter had absolutely nothing to do with it.”

Prosecutors have recommended a sentence of eight to 14 months in prison, along with a year of supervised release and a $40,000 fine.

Caplan and another parent who pleaded guilty Tuesday are the 12th and 13th defendants to enter guilty pleas in the scandal.

In one wiretapped call, Caplan told Singer that he found the notion of his daughter flying to Los Angeles to take the exam with the company’s proctor “pretty interesting.”