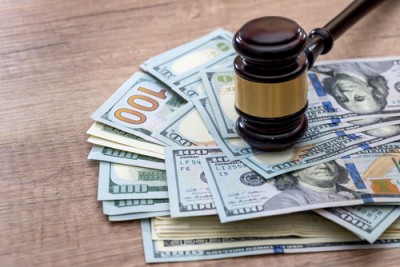 A former law student in California has obtained a $6.45 million default judgment against a former boyfriend accused of posting her intimate photos after their breakup.

The woman, identified as “Jane Doe” in the case, was awarded $3 million in compensatory damages, $3 million in punitive damages and $450,000 for copyright infringement, report Law360 and CNN.

U.S. District Judge Philip Gutierrez of Los Angeles entered the judgment on April 4 when he signed a proposed default judgment against the defendant, David K. Elam II, according to K&L Gates. Its lawyers represented Doe for free.

Elam continued his conduct after Doe obtained a restraining order requiring him to remove the material from the internet and to stop impersonating Doe, the judgment said. Besides awarding damages, Gutierrez also required Elam to destroy the photos and videos.

Doe had initially sent the sexually explicit materials to Elam at his request after he moved to Virginia and she remained in California. She later registered the material with the U.S. Copyright Office to file the infringement action..

Besides infringement, the suit had alleged infliction of emotional distress, cyberstalking, and online impersonation with intent to cause harm.

In 2016, federal prosecutors had dropped criminal charges filed against Elam, according to a New York Times story. K&L Gates partner Seth Gold told CNN that the civil case did not rely on the outcome of the criminal action.

Corrected on April 13 to report that the materials were registered with the U.S. Copyright Office.