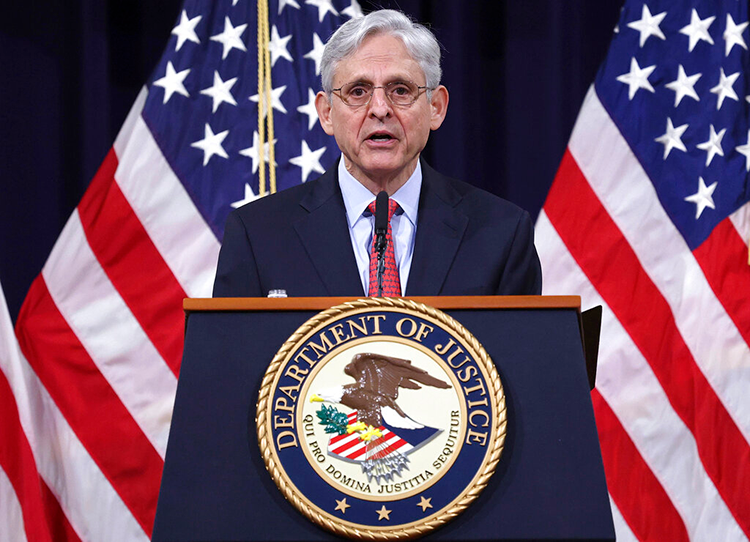 In a statement Friday, Garland said the Department of Justice “strongly disagrees” with the Supreme Court’s decision overturning the right to abortion in Dobbs v. Jackson Women’s Health Organization.

Garland focused, however, on what the Supreme Court decision didn’t do.

The decision doesn’t allow states to ban reproductive services outside their borders, Garland said. Nor can states ban the abortion drug Mifepristone “based on disagreement with the FDA’s expert judgment about its safety and efficacy,” Garland said.

At least 19 states ban medication abortions provided through telehealth consultations, and some also restrict the mailing of abortion pills, according to the Washington Post. And some states have trigger laws that will likely ban the abortion pills now that Roe has been overturned.

The Washington Post and CNN indicate that state bans on abortion pills and travel for abortion could be new fronts in wars over abortion rights.

A state ban on travel for abortion is probably unconstitutional, according to a Volokh Conspiracy blog post. And the law “isn’t settled” regarding states’ ability to ban abortion pills, according to experts who spoke with the Washington Post.

Garland also said federal agencies “may continue to provide reproductive health services to the extent authorized by federal law.” Federal employees who provide such services should not be subject to criminal or civil liability for performing their duties, he said.

“The Justice Department will use every tool at our disposal to protect reproductive freedom,” Garland said. “And we will not waver from this department’s founding responsibility to protect the civil rights of all Americans.”