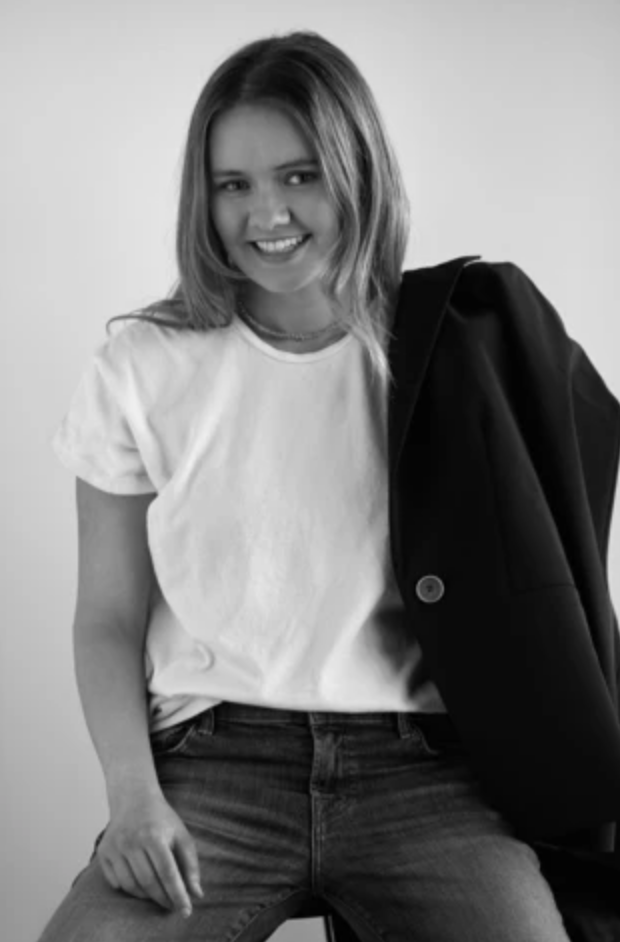 Searching for an interview suit was frustrating for Harvard Law School student Logan Brown. Last year, she visited several shops in her quest for proper and comfortable attire for a career fair and found nothing.

Brown texted several friends to find out where they bought professional clothes. They told her of similar frustrations. So Brown, now a Harvard 2L, created her own company, the Harvard Crimson reports.

“I wanted something that would last me well into the beginning of my legal career and also made me feel good,” Brown told the Harvard Crimson.

The company, Spencer Jane, sells a work-from-home blazer, sweatpants and masks. All three can be bought, a combination dubbed “The Quarantine Collection,” for $250.

The Spencer Jane website touts the washable blazer as “comfortable enough for a Zoom meeting from the couch but stylish enough for an in-person board meeting.” The company is taking preorders for shipment in April. Work pants will be offered “when the world wears them again.”

Brown is a fan of the movie Legally Blonde and has offered to make a pink pantsuit for the film’s star, Reese Witherspoon, according to the Harvard Crimson.

Brown launched the company after cross-enrolling in classes at the Harvard Business School.

Startup businesses face big challenges during the COVID-19 pandemic, Randolph B. Cohen, a professor at the Harvard Business School, told the Harvard Crimson.

“She wants to sell workwear in a time when a lot of people aren’t going into the office, and she came up with a very clever solution to that challenge, which I really admire,” he said.

Brown is pictured in a pink blazer in a profile by MyVU, a publication of Vanderbilt University, where Brown attended college. She told the publication that she decided she wanted to be a lawyer at age 12.