Texas judge admonished after he erupts in anger, curses at lawyer, concludes: 'I may not be suitable for this' 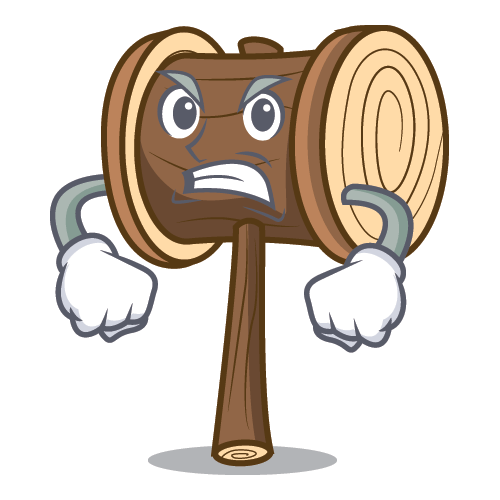 A Houston judge has been admonished after losing his temper during a trial, cursing at one of the lawyers in his chambers, and then suggesting that he should fling himself out of the window when he apparently came to regret his behavior.

The judge, Judge Clinton “Chip” Wells Jr., is now facing the lawyer he called into his chambers in a Democratic runoff election, report the Houston Chronicle and Law.com. The runoff between Wells and lawyer Teresa Waldrop will be May 24.

Waldrop told Law.com that she decided to jump into the race because of the incident.

The Legal Profession Blog has highlights from the April 20 admonishment, which stems from Wells’ behavior in April 2019 during an acrimonious divorce case.

“Throughout the trial,” the admonishment said, “Judge Wells expressed irritation at both sides’ lawyers, including slamming a book on the bench, erupting in anger, using a harsh and sarcastic tone of voice, abruptly announcing recesses, and walking off the bench in frustration and anger.”

At or near the end of the proceedings, Wells ordered Waldrop to his chambers for a discussion that lasted “for more than an hour.” According to findings of fact, he used profanity to express his anger to Waldrop about the presentation of the case.

As the discussion progressed, “Judge Wells confessed that he had lost his temper and created an irreparable mess of the trial,” the admonishment said in its factual findings. Wells conceded that he was known to have a bad temper and stated, “The reality has—has come to me that I may not be suitable for this.”

As the meeting progressed, Wells said he was “horrified by this,” wondered whether he should “fling himself out the window” and said he would crawl under his desk, according to the factual findings.

At one point, Wells said it would have been easier if Waldrop had “fussed at him” after entering his chambers.

“Then we could have rolled around on the floor and strangled each other,” he reportedly said.

Wells later invited the parties and other counsel into his chambers. He apologized for the situation. He recused himself from the case the next day.

Texas’ State Commission on Judicial Conduct concluded that Wells failed to treat the parties and lawyers with patience, dignity and courtesy; failed to maintain order and decorum; had improper ex parte communications with Waldrop; failed to perform his duties without bias or prejudice; and cast discredit on the judiciary.

Wells told the commission that his conduct was unacceptable, and he has sought professional counseling to correct his behavior. He made a similar comment to the Houston Chronicle.

“I made a mistake, and I’m not hiding from that,” he told the Houston Chronicle. “My behavior was not acceptable.”