An Alabama judge was removed from duty after ethics regulators alleged that he used profanity; made denigrating remarks about Alabama Gov. Kay Ivey; and ordered the redirection of court funds, although no litigant asked him to do so.

Judge James T. Patterson of the Thirteenth Judicial Circuit Court in Mobile County was suspended after he was accused of two types of misconduct, report the Associated Press and WKRG.

Patterson is accused of displaying inappropriate behavior and temperament and abusing his judicial authority in a June 15 complaint by the Alabama Judicial Inquiry Commission.

He is accused of calling the presiding judge a “snowflake,” referring to 77-year-old Ivey as “Gov. MeMaw,” and using profanity on the bench and in conversations with lawyers, including the F-word.

Patterson’s former court reporter said he frequently used the word “a- -” in court as if it was his favorite word. The curse words were not used in anger and were not directed at anyone, however. Some examples are “Oh, s- - -,” and “I forgot his f- - -ing name.” He would also refer to lawyer’s arguments by spelling out the word “bulls- - -,” the complaint says. 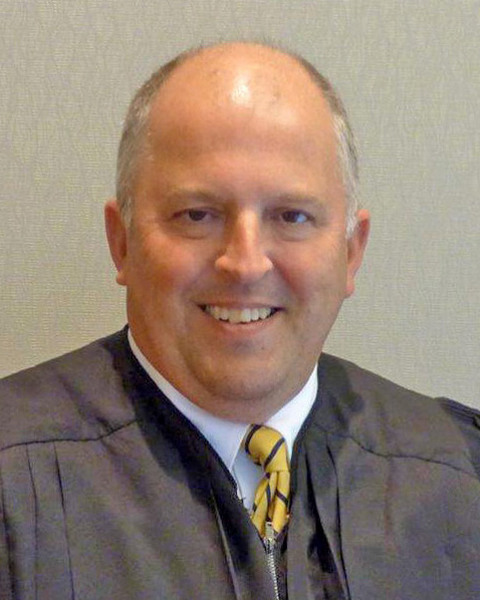 Patterson is also accused of using an Asian accent when asking a jury pool—which included an Asian American person—whether everyone spoke English. He immediately apologized for what he called a “stupid, stupid joke.”

Patterson had also claimed in an apology letter that his “Gov. MeMaw” reference was “a poor attempt at humor.”

In a footnote, the inquiry commission complaint referred to the Utah Supreme Court’s response to a judge who said he intended to be funny, rather than rude.

“It is an immutable and universal rule that judges are not as funny as they think they are,” the Utah court said.

Patterson is also accused of writing orders that:

• Said he canceled a Zoom hearing for fear that it would require someone to appear in person in violation of a stay home order by “Gov. MeMaw.” Before the order went viral, he referred to Ivey as “Gov. MeMaw” on multiple occasions in conversations with attorneys and staff members and even on the bench, the complaint alleged.

• Declared sua sponte that court fee statutes were unconstitutional and ordered that 10% of court fees and costs be redirected from the state to the circuit clerk’s office until it was adequately funded. He did not give notice to the state attorney general that he was ruling on the issue, according to the complaint. The state attorney general intervened and sought a writ of mandamus. The Alabama Supreme Court agreed with the attorney general, noting that no party had sought a declaratory judgment on the constitutional issue and “there simply was no case.”

Patterson took the bench in January 2017. A person who answered the phone in Patterson’s office said he is declining comment.