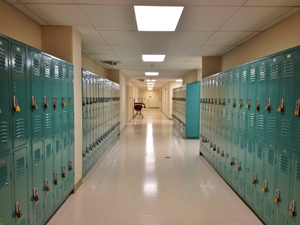 A requirement that grade-school girls wear shorts, jumpers or skorts (which look like a skirt but include shortslike fabric underneath) at a public charter school violates the equal protection clause of the 14th Amendment, a federal judge has ruled.

The Charter Day School in Leland, North Carolina, barred girls from wearing pants or shorts but required them for boys. The girls were permitted, however, to wear stockings or leggings. On days of physical education classes, students could wear sweatpants or shorts.

The parents who sued on behalf of their daughters—three students in Brunswick County—had argued that the requirement restricts their girls’ physical activity and distracts from their learning.

Howard said the charter school and its board were acting under color of state law when they adopted the dress code under a state contract with the school, making them subject to a constitutional suit.

The school had argued that the skirt requirement was part of its traditional-values approach, and it was intended to instill discipline and keep order. The skirt requirement, they argued, instills “mutual respect between boys and girls.”

“Even assuming these are legitimate goals,” Howard wrote, the school has “not shown how the skirts requirement actually furthers these stated goals.” On any given day, a portion of the girls don’t have to wear skirts because of their physical education class, and there is no evidence that they are treated differently on those days, he said.

“Plaintiffs in this case have shown that the girls are subject to a specific clothing requirement that renders them unable to play as freely during recess; requires them to sit in an uncomfortable manner in the classroom; causes them to be overly focused on how they are sitting; distracts them from learning; and subjects them to cold temperatures on their legs and/or uncomfortable layers of leggings under their knee-length skirts in order to stay warm, especially moving outside between classrooms at the school,” Howard said.