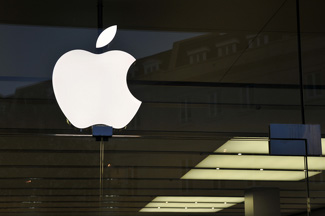 Exterior detail of an Apple store in London. 1000 Words
Shutterstock.com

Unhappy about the prospect of having to post material on its own United Kingdom website and in newspapers there saying that a competitor didn’t copy its iPad design, Apple Inc. is planning to appeal a British judge’s ruling that imposes the penalty, for a six-month period, in a copyright infringement case.

A July 9 decision by Judge Colin Birss wasn’t entirely negative for Apple—he found that the Galaxy tablet manufactured by Samsung Electronics Co. was unlikely to be confused with an iPad because it clearly “wasn’t as cool,” Bloomberg recounts.

However, in a hearing Wednesday determining how the earlier High Court of Justice Chancery Division ruling will be applied, Birss detailed the remedy, which Apple attorney Richard Hacon told the court requires his client to publish “an advertisement” for Samsung. “No company likes to refer to a rival on its website,” Hacon noted.

The judge OK’d Apple’s plan to appeal his July 9 decision.

An earlier Bloomberg article provides additional details about the case.