By Brittany Benowitz and Juan Ramírez 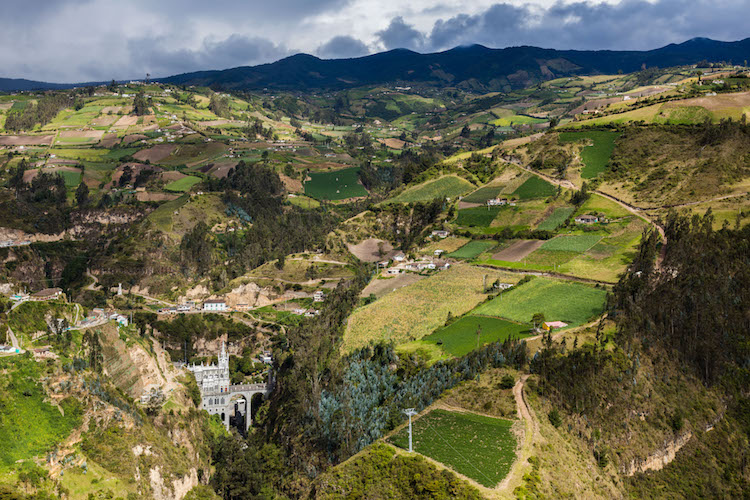 Far view of the Las Lajas Sanctuary and its surroundings, a basilica church located in the southern Department of Nariño, municipality of Ipiales, Colombia. Photo from Wikimedia Commons.

In 2016, after 50 years of armed conflict, the government of Colombia and the Revolutionary Armed Forces of Colombia (known as FARC) signed a peace agreement. The centerpiece of that agreement was a transitional justice mechanism, established to ensure accountability for atrocities committed during the war. Three years later, it is facing unprecedented challenges in its effort to provide justice for the many civilian victims of the conflict. Lawyers, prosecutors and judges are on the front lines of efforts to provide reparations to the victims, with the long-standing support of the American Bar Association.

The armed conflict in Colombia has left approximately 220,000 people dead, 25,000 disappeared and 5.7 million people displaced. To ensure a lasting peace, the agreement included a comprehensive plan for addressing the root causes of the conflict, including the need for agrarian development, reparations to victims, and avenues for political participation. It also established a Special Jurisdiction for the Peace to adjudicate crimes committed by the Colombian military and insurgents.

The special jurisdiction has been the subject of significant debate in Colombia and in the international community. On one side, there are concerns that the special jurisdiction will not hold Colombian commanders responsible for the extrajudicial killing of civilians. On the other side, there are concerns that the penalties for former guerrillas are not proportionate to their crimes. Meanwhile, there are ongoing questions about extradition for crimes committed after the special jurisdiction came into force. The current president of Colombia, Iván Duque Márquez, who publicly opposed the peace negotiations, recently vetoed part of the law establishing the procedures of the court. The Constitutional Court, which is the equivalent to the highest court in the country, just ruled that the veto was unconstitutional.

This controversy is the latest chapter in a long-standing debate about the role of the justice system in resolving aspects of the armed conflict. In 1989, former ABA President James Silkenat, then the chair of the ABA Section of International Law, wrote that he regularly received requests for letters of support from Colombian jurists facing threats simply for investigating drug trafficking related to the conflict. While such requests are not unusual, these came with an unexpected suggestion: Silkenat should smudge out his name on the letter so that he would not face reprisals for sending the letters. The ABA responded to the call, first with letters of support, and later by bestowing its annual International Human Rights Award in 2006 to Soraya Gutiérrez, a lawyer with the José Alvear Restrepo Lawyers’ Collective Corp., a human rights group known by the acronym CCAJAR.

In 1990, the CCAJAR had submitted a petition to the Inter-American Commission on Human Rights concerning the disappearance of judicial personnel in Colombia. The case concerned an incident in 1985 during which the Palace of Justice was stormed by guerillas upset about the extradition of alleged drug traffickers to the United States. During efforts to retake the courthouse from the guerrillas, Colombian forces killed the supreme court magistrates and tortured and disappeared other judicial personnel. In the aftermath, justice-sector personnel were systematically threatened for pursuing accountability for these human rights violations. The lawyer who represented one of the victims was killed; the prosecutor was removed from the case after she requested the interrogation of a high-ranking commander; and the judge responsible for hearing the case was forced into exile—all in an apparent effort to cover up what happened.

Given the pattern of threats against the legal profession presented by the case, the ABA submitted an amicus curiae brief to the Inter-American Court of Human Rights, arguing that the failure to fully investigate what had happened was a threat to judicial independence in Colombia. The Inter-American Court of Human Rights is an autonomous judicial institution based in Costa Rica. Its purpose is the application and interpretation of the American Convention on Human Rights. In 2014, the court ruled that Colombia had failed to investigate and prosecute those responsible for the grave human rights abuses that occurred during the retaking of the courthouse and ordered further investigations and reparations for the victims.

The transitional justice mechanism in Colombia must now meet the challenges of providing justice more broadly to victims of atrocities that occurred during the war. The ABA Center for Human Rights has therefore supported efforts to ensure that the transitional justice system can perform its duties effectively and impartially. It provided background research on candidates for judges for the special jurisdiction and is monitoring the trial against a former army commander, Mario Montoya Uribe, for his role in the alleged extrajudicial killing of more than 3,000 civilians. By observing the trial, the center hopes to encourage adherence to fair trial standards and respect for the rights of the victims during the proceedings. The ABA Rule of Law Initiative recently launched a new project in Colombia to support the justice sector more broadly.

The ABA has worked for many years in post-conflict countries around the world to reestablish the rule of law. In countries that failed to implement an effective transitional justice mechanism, efforts to restore stability have floundered as armed groups that emerged during the conflict morphed into criminal enterprises and ended up capturing state institutions. Efforts now to ensure accountability for the most heinous crimes on all sides could be the key to preventing such an outcome or another cycle of violence in Colombia. 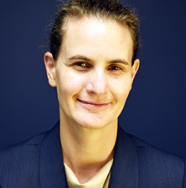 Brittany Benowitz has worked as the director of the ABA Center for Human Right’s Justice Defenders program since 2011. Previously, she was a defense adviser to a senior member of the Senate Foreign Relations Committee for four years. In that capacity, she conducted oversight of operations in Iraq and Afghanistan and monitored U.S. counterterrorism, foreign assistance, arms control and security sector reform policies. She has worked on litigation in civil and criminal courts in the United States and abroad and conducted human rights investigations in Latin America, Eastern Europe and South Asia. She received her JD from the American University Washington College of Law.

Juan Ramírez is a staff attorney with the ABA Center for Human Right’s Justice Defenders program, where he coordinates pro bono assistance for human rights defenders in Latin America and the Caribbean. He has worked in research and litigation concerning human rights issues in Latin America and the Caribbean region. He has experience in litigating before International and Regional Human Rights systems on freedom of expression, access to justice and transitional justice issues. He earned his LLM in international legal studies from the American University Washington College of Law.