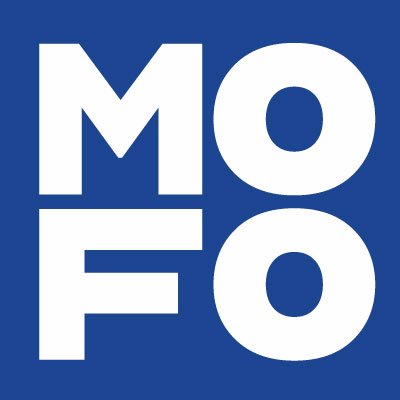 Three associates at Morrison & Foerster have filed a would-be $100 million class-action suit that claims the firm maintains a “family-friendly façade” even as it discriminates against lawyer moms.

The lawyers filed the suit Monday in San Francisco federal court, report Law360, the American Lawyer and a press release.

The suit says female lawyers who return from maternity leave are not promoted with the rest of their associate class, resulting in lower pay. In addition, the suit says, the firm creates unrealistic work expectations for lawyer moms while giving them insufficient work and opportunities to meet those expectations.

“At MoFo, the mommy track is a dead end,” the suit says.

The suit alleges violations of Title VII of the Civil Rights Act, the Family and Medical Leave Act, the Equal Pay Act, and California laws regarding equal pay, fair employment and family rights.

The three plaintiffs, all California associates, are identified as Jane Does 1, 2 and 3.

According to the suit, Morrison & Foerster boasts of its work-life programs, including parental leave, parental transition time upon returning to the firm, flexible work options and reduced-hours work.

But the reality “is far from the firm’s family-friendly façade,” the suit says. “MoFo may allow maternity leave on paper, but when women take advantage of the firm’s ‘generous’ maternity leave, or notify the firm that they have children, they are routinely held back and set up to fail.”

When female lawyers become mothers, the suit says, Morrison & Foerster demands they prove their commitment by working more hours. Then, when the lawyer moms seek more work, the suit says, “they are denied assignments because of stereotype-driven perceptions that they lack commitment to their jobs. The stereotype becomes self-reinforcing, and women become stuck.”

All three plaintiffs said that after they returned from maternity leave, they discovered through the firm’s online portal that they had not been promoted with the rest of their associate class. Yet the firm increased their external billing rates, an issue that “was rectified” after two of the associates complained.

When she first joined the firm, Jane Doe 1 says, one of her supervising partners told her “parents tend not to do well in this group.” The partner also allegedly told Doe “we didn’t realize you were a parent when we extended you the offer,” even though Doe was up-front about having a child in conversations with three partners and human resources. The partner who made the comments about parenthood gave Jane Doe 1 fewer opportunities than lawyers without children, the suit says.

Women make up about 46 percent of Morrison & Foerster’s associates, but only about 22 percent of the firm’s 248 partners, the suit says.

In a statement, a Morrison & Foerster spokesperson said the firm “has a long and proven track record of supporting and advancing our associates as they return from maternity leave. We vigorously dispute this claim and are confident that the firm will be vindicated.”

The plaintiffs are represented by the law firm Sanford Heisler Sharp, which has also filed cases against Greenberg Traurig; Chadbourne & Parke (now Norton Rose Fulbright); Sedgwick; Ogletree Deakins; and Proskauer Rose. Three of those suits have settled while the cases against Ogletree and Proskauer are ongoing.