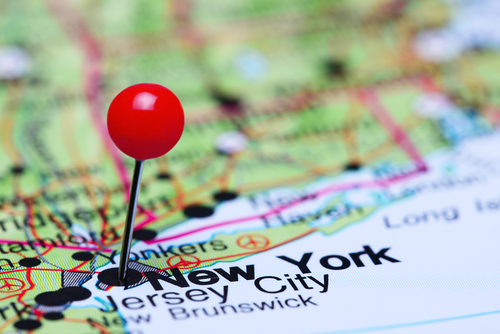 The backlog in criminal cases in New York City has risen by nearly a third since February, the month before all trials in the state were postponed because of the COVID-19 pandemic.

The backlog in criminal cases stands at 39,200, yet the system has not yet reached a crisis point, the New York Times reports. It can take years for a case to move to the trial stage, and most cases never get to trial as defendants accept plea bargains.

New York Gov. Andrew Cuomo suspended speedy trial laws after postponing all trials in mid-March, but there could still be constitutional issues if there is a prolonged delay, according to an essay in the New York Review of Books by U.S. District Judge Jed Rakoff.

“If well past July and for months to come, it is still dangerous for 12 people to gather together in tight quarters to hear and determine civil and criminal cases, it is not easy to see how the constitutional right to a jury trial will be genuinely met,” Rakoff wrote in the essay, which was cited by the New York Times.

New York state’s criminal justice system is still hosting remote hearings. At arraignment, defendants communicate on camera through their courthouse cell. Their lawyers are not in the same room, making defendants “more prone to sudden and sometimes incriminating outbursts,” according to the New York Times article.

Judges in New York City originally presided from their homes, but they now conduct video hearings from their chambers.

People can still enter courthouses in New York and can watch proceedings on a video monitor. But the court system is not publicizing links for people to watch from home.

Grand juries have also been postponed, leading New York City’s district attorneys to instead use video preliminary hearings in which judges decide whether charges are warranted.

New York had a deadline requiring those arrested on felony charges to be freed if they are not indicted within six days. Cuomo tolled that deadline.

At first, about 400 defendants remained in jails while awaiting a preliminary hearing, but that number dropped to 87 as of last week.

Federal courts in New York City “have adapted more smoothly,” according to the New York Times article. Grand juries recently began meeting in White Plains and Central Islip. And the federal courts in Manhattan and Brooklyn have hosted regular audio and video hearings with dial-in numbers for the public.

In the Manhattan courthouse, courtrooms are being redesigned with more space in jury boxes and Plexiglas dividers to shield jurors, witnesses and lawyers.