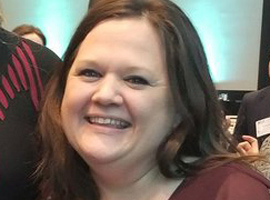 In explaining a ruling that allowed a law school graduate and Skadden Fellow with a criminal past and in recovery for substance abuse to sit for the state bar, the Washington Supreme Court wrote that “one’s past does not dictate one’s future.”

“Before Simmons was sent to prison in 2011, she lacked the insight to realize she was addicted to her controlled prescription medications and she did not meaningfully engage in any treatment for her childhood trauma and lifelong substance abuse issues,” Justice Mary Yu wrote in Thursday’s opinion. “However, upon Simmons’ incarceration, she not only engaged in treatment but advocated for opportunities to engage in further treatment that would not normally be available to her because she was assessed at a very low risk to reoffend.”

The opinion follows an order in November allowing Simmons to sit for the exam. The order also rejected the Washington State Bar Association Character and Fitness Board findings that Simmons had not spent enough time being sober or actively engaged in positive behavior to demonstrate “good moral character and fitness” to practice law.

In addition, the court also rejected the board’s finding that Simmons expressed attitudes at her hearing that “her acquired fame has nurtured not integrity and honesty, but a sense of entitlement to privileges and recognition beyond the reach of others.”

Simmons, a mother at 15 and who also worked as a registered nurse for 11 years, has said that she became addicted to prescription drugs and methamphetamine as self-medication for depression after her father died. In 2011, she was charged with felony theft, drug possession and gun possession. She pleaded guilty to the drug and theft charges and served 20 months in state prison.

Thursday’s opinion notes that Simmons was born to parents with substance abuse problems, grew up in poverty, experienced sexual violence as a child and was homeless at times after running away at 13.

Simmons also has a 2001 conviction for second-degree assault, according to the opinion. It also notes that after the convictions, Simmons’ nursing license was put on probationary status, she had two bankruptcies, and a foreclosure on her home.

“What do I do?” Simmons told the Kitsap Sun in 2016. “I said, ‘You know what? I’m just going to go to law school and change this thing that keeps me from getting a second chance.’”

While in law school, Simmons had internships and externships with Disability Rights Washington and the ACLU of Washington, and worked with a group that holds workshops for people recently released from prison. She now does legislative work for the Public Defender Association in Seattle, the Times reports.

Simmons has been sober for six years, the opinion notes. The court denied counsel’s request for a “bright-line rule” defining how many years without a relapse demonstrated complete rehabilitation of bar applicants. The justices asked the question at oral arguments, and Shon Hopwood, Simmons’ attorney, told them that based on various studies, that generally would be five years.

Due to the complexity of recovery, Yu wrote in the opinion, determining complete rehabilitation should be individualized. Also, she noted that a new applicant with a criminal record or substance abuse issues is different from a reinstatement applicant who has been disbarred.

According to the opinion, Washington state attorneys who have been disbarred must wait at least five years before filing a petition for reinstatement.

If justice is healing, my heart is finally whole with this right here. Maybe it will be ok one day for women, and even women like me, to be proud of our accomplishments and self-worth. https://t.co/AevXUXfCkK