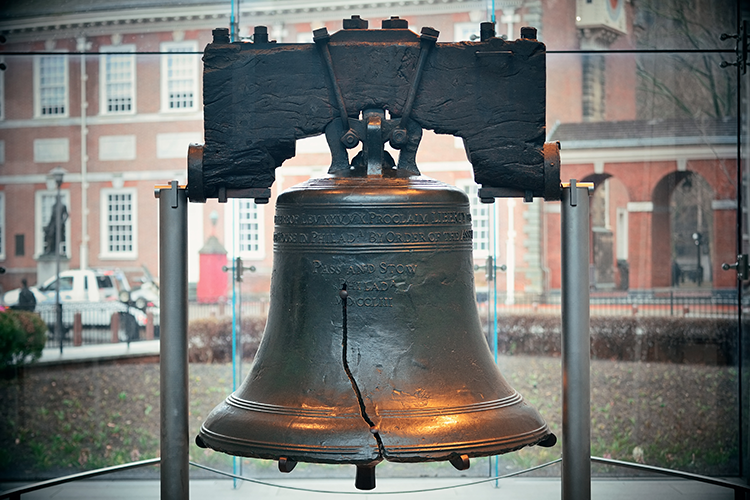 Photo of the Liberty Bell from Shutterstock.com.

Philadelphia courts have a "culture of nepotism, mistrust and racial tension" that hampers opportunities for employees of color, according to a report leaked last week to the Philadelphia Inquirer.

The Center for Urban and Racial Equity conducted the study last year at the request of court leadership, but it wasn’t distributed to court employees until Thursday, report the Philadelphia Inquirer, Law360 and Law.com. The study was based on a survey of court employees and focus groups.

The report said judges and administrative leadership are “deeply aware” of nepotism but they believe they can’t challenge it or are unwilling to do so. “While this system works for many staff—staff hired through political connections—black staff in particular report not being promoted, not receiving recommendations for promotions, and having to fight for menial increases in salary,” the report said.

The worst example of racism cited in the report was a note sent to a Black female judge who was running for presiding judge of the municipal court. “There Will Never Be a Black B—- Running Our Court. You Won’t be President Judge!!! Keep MC Court Great!!” the note said. The study said court leadership did not take the incident seriously.

Female judges of color perceived less commitment to equity than other groups of judges. And some Black female employees reported experiences of harassment and racism.

Focus group participants of color also reported microaggressions such as being ignored in meetings and feeling pressured to justify promotions when they did receive them.

Several white employees, on the other hand, expressed racial resentment and claimed “reverse discrimination.” The report said it was troubling that some white staff members and judges didn’t believe institutional and structural racism is a significant factor in society. Said one white judge, “Black coalitions seem to now rule.”

Still, staff and judges overall reported that they work with a culturally diverse staff and they feel respected in the workplace. Judges and staff believe policies promote fairness, although beneath the surface the culture of nepotism, mistrust and racial tension “is constantly brewing—and occasionally bubbling to the surface,” the report said.

“Nepotism is an equity issue and a racial equity issue as people of color are less likely to have connections that open doors to job opportunities and promotions,” the report said. “Judges and administrative leadership should work with staff members to shift power from the politically connected to those who have a vision for eliminating racism and nepotism within the court system.”

The court’s governing board said in an email provided to Law 360 that it has organized equity and diversity training in response to the report. The board said it decided to release the report internally after recent protests over police killings.

“We acknowledge the power of diversity and the need to encourage and promote dialogue on issues of race that should have been discussed and confronted long ago,” the board said. “We stand committed to doing so as we move forward.”