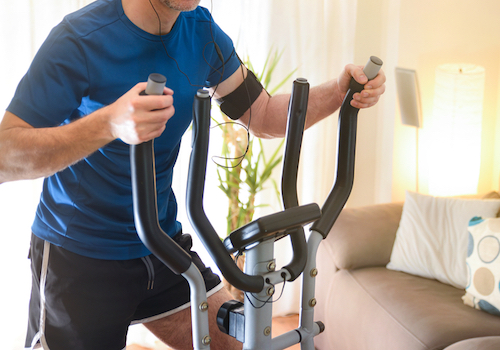 Potential jurors were distracted or absent during a virtual voir dire that was “riddled with various problems,” according to a mistrial motion filed on behalf of an asbestos defendant.

One potential juror “was laying in what appeared to be a bed, curled up, and possibly asleep,” according to the July 16 motion. Another prospective juror was working out on an elliptical machine. Yet another appeared to leave the room with a child. And multiple people appeared to be using computers or electronic devices during the proceedings.

A lawyer who filed the motion, Edward Hugo, told Law.com that one man walked away from the screen because he had left something on the stove.

“Other people are herding literally pets, children,” Hugo said. “This is not conducive to jury selection.”

Hugo is the lead trial counsel for defendant Fryer-Knowles Inc. in a lawsuit filed by a plaintiff who says his asbestos exposure in the U.S. Navy caused his mesothelioma, a deadly lung cancer, according to Law.com.

Hugo’s motion says the problems began July 15 when he arrived at the Alameda County, California, courthouse for the first day of voir dire, based on an order allowing some proceedings to take place in person. He was told that he couldn’t be in the courtroom because the court didn’t anticipate his arrival, and the courtroom was “not set up for counsel,” the motion says. He wasn’t able to participate remotely from the courthouse.

The motion says other lawyers participating remotely in voir dire were put on mute by the moderator for at least a half-hour, leaving them unable to raise objections.

Plaintiffs lawyer David Amell told Law.com that he thought voir dire “went quite smoothly,” and there was no prejudice to the defendants.

“Frankly, you can find jurors not paying attention well before shelter-in-place in some instances,” said Amell, who represents plaintiffs Judith and Ronald Wilgenbusch. “What I saw was an interested group of prospective jurors who were more than willing to do their duty and participate.”

Hugo told the ABA Journal that his clients settled the case Monday night before a ruling on the motion. The trial began Tuesday with only one defendant remaining.

The asbestos case is among the first in the nation set for a jury trial, according to Law.com. The plan was to have jurors wear masks and sit 6 feet apart in the courtroom.

“The jury is engaged, there have been only a few minor technical glitches, and there has been nothing to indicate that the parties will not receive a fair trial,” he said in an email. “The parade of horribles that defendants claimed would occur if trials proceed have not materialized, and their due process rights have not been infringed.”

Amell said an indefinite trial delay would be equivalent to a denial of justice for Ronald Wilgenbusch, who has terminal cancer and “would be unlikely to see his day in court.”