How to raise money during a pandemic: 'These are the days for legal tech,' CEO says

Ari Kaplan recently spoke with Michael Grupp, the founder and CEO of Bryter, a no-code platform for building digital applications in the legal and compliance sectors, about raising money in legal technology during a pandemic.

Ari Kaplan: Tell us about your background and the genesis of Bryter.

Michael Grupp: The concept of Bryter really goes back to the early days of informatics, when lawyers realized that their way of describing knowledge was actually rules- and conditional-logic-based. While lawyers tried to build tools using expert systems, it was very expensive. In 2012, we had an agency building workflows and decision support engines for the legal profession, which actually came out of a dissertation that examined how semantic reasoning was formalized and turned into a distributable digital concept. Lawyers were excited about the opportunities informatics could bring to the profession, but there was no tech to facilitate the process and they needed to code themselves. The idea to build Bryter materialized in 2012, and in 2013, I quit working in a law firm, where I was on a litigation team doing international arbitration. I ran a tech startup for four years, which we sold in 2017. Then, as automation became popular in other industries, we thought it was the right to build a platform for the legal industry.

Ari Kaplan: How does Bryter work?

Michael Grupp: Bryter empowers business professionals in compliance and law to convert a concept into a tangible piece of code in an application without needing to write the code themselves. It works like an app builder, with a drag and drop front-end and a rules engine that allows you to define how the software functions. Users visually describe their thought process and publish the app with the push of a button. They can integrate the front-end into their SharePoint folder or Microsoft Excel, among others, and distribute it for immediate use.

Ari Kaplan: What are the most popular use cases for Bryter?

Michael Grupp: We describe Bryter as a platform to build use cases. I jokingly call it AutoCAD for lawyers. Some people build easy and almost low-hanging fruit applications that take very little time. Gift and hospitality checkers are examples of common tools that help companies determine whether employees are allowed to accept gifts and, if so, to determine their maximum value. A compliance team can build these items quickly as self-service applications. In employment law, users often build freelancer checkers to ensure that certain activities are not disguised as employment. On the opposite spectrum, some create applications that are significantly more powerful and require more time to build, such as those for LIBOR repapering, ISDA and financial services compliance.

Ari Kaplan: What aspects of legal practice is a platform like Bryter replacing? 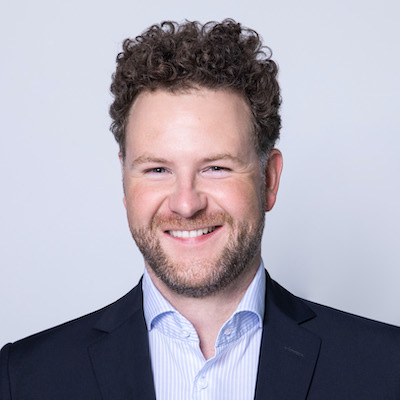 Michael Grupp, the founder and CEO of Bryter.

Michael Grupp: I would not say we are replacing anyone in the legal industry. Rather, we are enabling professionals to build tools. Lawyers use their computers like digital typewriters, and most of the time they describe what they think in a memo. Bryter allows them to go one step further and build interactive tools. If it replaces something, it is probably the agency that a firm would have hired to build that application. We have enabled them to build tools that did not exist and lower the ROI requirement.

Ari Kaplan: How has your team adapted to this remote working environment?

Michael Grupp: We have always been remote. From the inception of the company, we received extraordinary applications from people around the world and wanted to hire them so we did. Although Bryter is based in Berlin and London, we have employees working across Europe and in the U.S. On an operational level, there was no difference at all due to COVID-19, though naturally we canceled in-person meetings and events. We actually had so many customers that bought Bryter in 2019, who realized what it could do to help them while they were working from home. Some of the Big Four, for example, began using our platform to offer banks automated workflows for credit application checks and anti-money laundering assessments required for their loans. To some extent, COVID-19 showed the potential of a rapid development and no-code platform to drive greater engagement. It has been really challenging for everybody, but that was a silver lining.

Ari Kaplan: You recently announced a round of funding. How were you able to raise money while the global economy was in turmoil?

Michael Grupp: You would not normally engage in fundraising during these times, especially if you were not already fielding some interest and sensed the likelihood of success. We had prior interest from VCs that wanted to invest in Bryter, given our progress in 2019, and were just about to become more active in the U.S., so it just felt right to begin a more in-depth conversation. It was a typical fundraising process, but felt more like a sprint than a marathon given the market fluctuations. Instead of months, it took four weeks and was extremely condensed, with Zoom calls some days from 7 a.m. to 11 p.m. I wouldn’t say that it was tougher, because while it was faster and a bit more stressful, it was still possible, though a very different way to interact with people. That part of entrepreneurial life can have a post-COVID-19 reality and will probably take place more virtually. Still, it can be hard to build trust, as some people obviously want to be in a room together before making an investment decision, though I think it will continue to take place virtually in the future.

Ari Kaplan: Do you have recommendations for other legal tech entrepreneurs who are trying to raise money in this climate?

Michael Grupp: Every company is different, but there is one suggestion that is applicable to everyone. Have your data ready before you begin pitching, so that you can move faster. Your process will be cleaner, and you can accelerate it if you have your back office in place. Also, you have to be more on point. I’m not sure if this is just because the Zoom only gives you 30 to 45 minutes to persuade someone. You have to condense your story because there is less time to get people excited about it, so consider rehearsing more. In fact, you really need to work with VCs you know in this period, which means that you should try to fundraise from your network or at least from people to whom you can be introduced easily. It is very hard to build a relationship with someone with whom you haven’t had contact. And try to focus on seasoned investors who understand what you are doing because it may be more difficult to provide long explanations without sitting in the same room or to have customer reference calls in abundance. Also, collaborate with VCs that share your hypothesis for the future and think the way you do about your product and the market. It might be very hard to raise funds if you don’t have the chance to work with VCs with that mindset, but if you do, the times may not be too bad to raise money.

Ari Kaplan: What are your plans for expansion?

Michael Grupp: We started out selling to large law firms and corporate legal departments. Now, we see that more use cases are coming from other sectors, such as compliance and procurement, that require policies and the management of policies. We just expanded into financial services with a new hire in London because we see that there are so many policy-based use cases in that area. We are also about to open an office in the U.S., where we already have a number of customers.

Ari Kaplan: How do you see legal tech evolving?

Michael Grupp: These are the days for legal tech, although it really comes down to how you define it. The core digitization of business services is happening, and there is a paradigm change in how companies approach it. So if you define as legal tech as part of enterprise services, where the compliance and legal function gets plugged into the digitization of the corporate infrastructure, it is a huge market, which is getting bigger. If, however, you think of legal tech as lawyers selling legal solutions, the market is still a bit complicated because you cannot easily scale internationally and do not have a super interesting exit market because it is so fragmented. Those who look at legal tech as a way to serve those in legal, business, compliance, data privacy, tax and other areas—it is a very interesting field and growing.