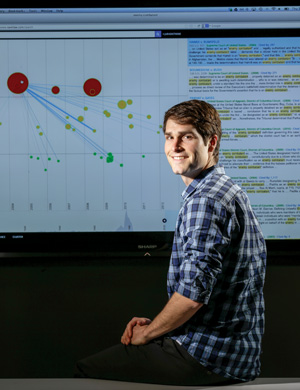 Currently, the field of judicial analytics mainly focuses on individual judges and what their histories and tendencies are, so that lawyers will be able to make more informed decisions regarding litigation strategy.


But what about entire jurisdictions, court systems or pools of judges?

Ravel Law believes that it has addressed those questions. On Monday, the San Francisco-based company launched Court Analytics, a comprehensive analytical tool that covers more than 400 federal and state courts. According to the press release, Court Analytics allows users to search through a jurisdiction, filtering out over 90 types of motions and topics. The tool analyzes case outcomes, language patterns and citation history, among other things, to give practitioners insight as to how courts and judges throughout a jurisdiction have ruled on certain types of motions or cases in the past. The tool also highlights the most-cited precedents and cases within a jurisdiction.

According to co-founder and CEO Daniel Lewis, Ravel’s customers and clients had been asking for a tool that would allow them to look at entire jurisdictions and court systems. Ravel began working on Court Analytics approximately three months ago after announcing a partnership with Harvard Law School to digitize the school’s federal and state case law collection—the second-largest in the United States after the Library of Congress.

“We once had an attorney tell us: ‘If I’m heading to trial, the judge is the person I need to know best, besides my wife—I need to get inside the judge’s head to figure out what will work and what won’t,’” Lewis says.

Ravel believes that Court Analytics can give users powerful and important information that they can use before they even file a case. “You can determine things like what is the best forum for my case and whether I should file in state or federal court,” Lewis says. “You can look at the stats to see what are the best courts to file in. Are they plaintiff-friendly? Do they have experience in a certain area?”

Lewis also says that lawyers can use Court Analytics to better craft and hone their arguments. “If I’m making my argument in Southern District of New York, I’d like to know what cases and rules to rely on,” Lewis says. “You always want to put your most persuasive arguments first.”

For instance, users can hone in on specific fact patterns and case law to determine their likelihood of success within a given jurisdiction. If a lawyer wants to see every mesothelioma case within a certain court system where there was a successful motion for summary judgment, Court Analytics can identify common patterns amongst those cases, including the language the judges used in their decisions and what standard they applied, among other things.

Meanwhile, Lewis believes that there are plenty of applications beyond the court. “Judges are just one entity,” says Lewis. “You can use analytics for individual firms, lawyers and companies. There’s fertile ground for new insights there. Also, we believe that a firm’s own internal knowledge is ripe for analytics. Our team is really excited about the possibilities.”