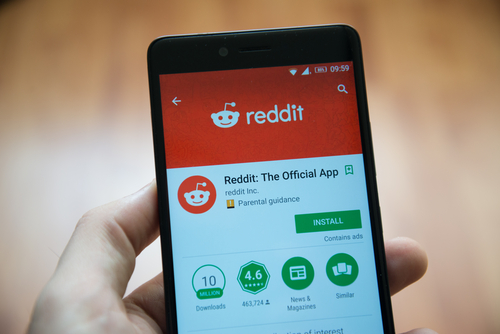 Current and former law students unloaded about their worst experiences during job interviews in a Reddit thread chronicled by Law.com.

The Reddit comments got rolling after a person using the handle u/TheOwnerOfBlackacre posted about an interviewer who had an opinion on periods and bulleted statements: “My interviewer berated me because I stated that I strive to be a meticulous person. Yet, the fact that I put periods at the ends of my bulleted statements under my job experience showed otherwise. The scolding was the interviewer’s second and last question. The interviewer’s explanation went on for about 20 minutes (no exaggeration). Finally, the interviewer dismissed me with, ‘At least you were consistent with your error.’”

The person who posted asked others to list their bad experiences and got quite a few responses. There was some debate over periods after bulleted statements. Other responses include:

• One person recalled an interview with a government agency as a first-year law student. “They assumed I spoke a certain language fluently based on my name. I speak it conversationally, but it’s not anywhere on my resumé. They immediately gave me a complicated legal doc to read at the interview, and they asked how I would translate the doc, and I said, ‘Call my grandma?’ Didn’t get the job!”

• One person interviewed with a firm that liked to provide feedback at the end of the session. “Oh boy. He said the content of my answers was great, but then this man spent like 10 minutes telling me (a female) that I should smile more, and I seemed low energy and I should be perkier.”

• One interviewer stopped to take a phone call. He “berated the (I’m guessing) associate on the other end of the phone for most of the remainder of my interview.”

• A law firm partner “kept going on and on about how boring his job was and how miserable he was.”

• One interviewee was asked to list all 1L grades and to talk about an undergrad senior thesis. “I explained the premise of the paper, my research and the thesis. He then spent the next 10 min[utes] on a rant about how my thesis was wrong and how his contrary opinion on the topic was correct. He never asked me about anything else on my resumé.”

• “Asked why I didn’t have any ‘hobbies’ on my resumé. Kinda stumbled and offered one of my hobbies: ‘golf.’ Interviewer: ‘Ah, I hate golf.’ Very awkward from there.”

• A partner asked an interviewee to explain a D grade that the interviewee received in differential equations during their sophomore year of college.

• One interviewer observed that the interviewee would be “great at taking orders” and “doing drone work in the trenches.”