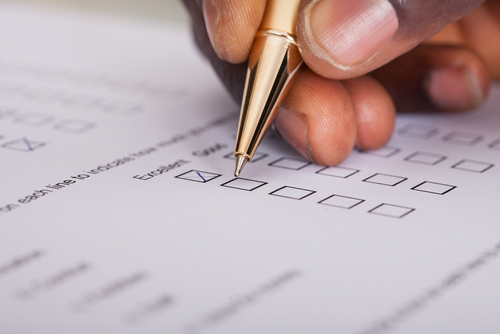 Altman Weil launched its survey of law firm leaders March 2 and continued to collect data through late April. Its report, called 2020 Law Firms in Transition, noted how leaders’ answers differed, depending on whether they provided answers before or after March 22.

Since the COVID-19 pandemic struck, law firms have quickly deployed tactics that include pay cuts, furloughs, layoffs, reduced draws, expense cuts and deferred distributions, according to an executive summary of the survey. Firms have also transitioned to work at home.

Many law firms are already recalculating their office space needs. “We anticipate that firms will be able to save as much as 3.5% of revenue over time from renegotiated leases,” according to the executive summary.

The survey mostly reported on law firm financial performance for fiscal year 2019. More than half the firms—52.2%—reported gross revenue increases of 4% or more. That’s the highest proportion ever reported since Altman Weil published its first transition survey in 2009.

Now, law firms should take the opportunity to change, according to Eric Seeger, a co-author of the report and a principal at Altman Weil.

“As the economy improved over the last few years, firms felt minimal urgency to change,” he said in a press release. “But now, law firm complacency has run into the brick wall of the coronavirus pandemic. This is an opportunity for a reset if firms are willing to take it.”

Seeger told Law.com that the survey data indicates that law firms haven’t addressed issues such as overcapacity and underproductivity that were also problems in 2009.

Many law firm leaders in the latest survey were depending on higher rates, increased billable hours, improved leverage, higher realization and cost controls to spur profits in 2020, according to the executive summary. But many of those those possibilities are waning.

“Hopes of more billable hours at permanent rate increases have been dashed in many firms,” the executive summary said. “By April, law firms’ annual projections were being totally reworked based on best guesses of how public policy decisions and economic regeneration might play out later in the year.”