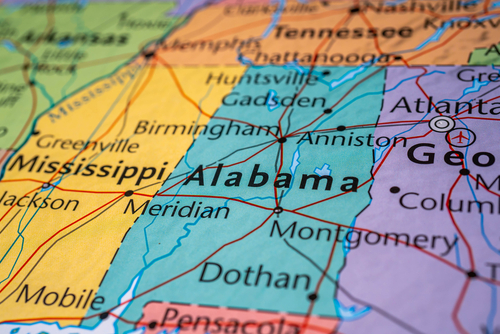 The U.S. Supreme Court on Monday allowed Alabama to implement a congressional voting map over objections that it dilutes Black voting.

The vote was 5-4, with Chief Justice John G. Roberts Jr. joining the three liberal justices in opposing the court stay. In his dissent, Roberts said the federal court decision requiring a new map “properly applied existing law in an extensive opinion with no apparent errors for our correction.”

Justice Elena Kagan wrote a separate dissent claiming that the stay was “a disservice to Black Alabamians” and an example of the high court’s “shadow docket” decisions. She was joined by Justices Stephen G. Breyer and Sonia Sotomayor.

Kagan said the stay issued by the Supreme Court majority “does a disservice to the district court, which meticulously applied this court’s longstanding voting-rights precedent. And most of all, it does a disservice to Black Alabamians who under that precedent have had their electoral power diminished—in violation of a law this court once knew to buttress all of American democracy.”

The district court three-judge panel, in its Jan. 24 decision, had required Alabama to draw a new map because of a violation of Section 2 of the Voting Rights Act.

Alabama’s population is 27% Black, but under the new districts, Black voters had the power to elect their preferred candidate in only one of the state’s seven congressional districts. Plaintiffs challenging the new districts had contended that the state could have drawn a second Black-majority district, as well.

The Supreme Court treated Alabama’s application for a stay of the district court ruling as a petition for a writ of certiorari before judgment. The Supreme Court majority granted the stay and accepted cert for a later decision on the merits.

Justice Brett M. Kavanaugh explained his vote with the majority in a concurrence joined by Justice Samuel A. Alito Jr.

Kavanaugh emphasized that the stay order was not a decision on the merits of the voting rights claim. He said the order follows Supreme Court election law precedents that say federal courts should not enjoin state election laws in the period close to an election.

“The state argues that the district court’s injunction is a prescription for chaos,” Kavanaugh wrote. Candidates, political parties and others “do not know who will be running against whom in the primaries next month. Filing deadlines need to be met, but candidates cannot be sure what district they need to file for. Indeed, at this point, some potential candidates do not even know which district they live in.”

Kagan differed with Kavanaugh’s assessment. The general election is about nine months away, the primary is about four months from now, and absentee voting—which the state can modify—begins on March 30, Kagan said.

“Alabama is not entitled to keep violating Black Alabamians’ voting rights just because the court’s order came down in the first month of an election year,” she wrote.

Kagan and Kavanaugh also sparred on the high court’s shadow docket, a reference to emergency orders and summary decisions increasingly being issued by the Supreme Court.

Kagan complained that the stay was issued “based on the scanty review this court gives matters on its shadow docket.” But Kavanaugh described Kagan’s criticism as “worn-out rhetoric” that is “off target.”

“The stay,” Kavanaugh said, “will allow this court to decide the merits in an orderly fashion—after full briefing, oral argument and our usual extensive internal deliberations—and ensure that we do not have to decide the merits on the emergency docket. To reiterate: The court’s stay order is not a decision on the merits.”

Publications that covered the Supreme Court’s stay include the Washington Post, the New York Times, Law.com, SCOTUSblog and the Associated Press.

The case is the first in which current Supreme Court justices will consider racial gerrymandering and the Voting Rights Act, the Washington Post points out. Previously, the Supreme Court said the federal courts have no power to consider election districts drawn to benefit a political party.