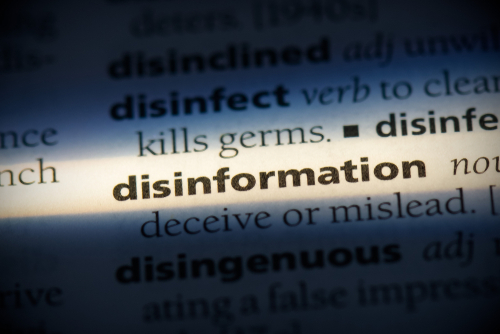 Public confidence in the courts is at risk because of Russian disinformation campaigns, panelists said at a symposium at the National Judicial College on Thursday.

Russian trolls are already spreading false information about the judicial system on social media, panelists said. They cited a report by the Center for Strategic and International Studies that found that courts are particularly vulnerable.

Law360 and Law.com covered the panelists’ remarks and the report findings.

The report found that Russian-backed operatives are seeking to worsen divisions in American, partly by portraying justice systems as corrupt, inept and hypocritical. These four themes are used:

• The justice system protects and covers up crimes committed by immigrants.

• The justice system supports a racist and corrupt police state.

• The justice system is a tool of the political elite.

Elizabeth Rindskopf Parker, a senior consultant at the CSIS and a former dean of the Pacific McGeorge School of Law, showed slides of Russian disinformation posts on social media.

Russian trolls posed variously as supporters of Black Lives Matter and the police. Trolls also remarked on the murder trial of an immigrant in the country illegally who was accused of the shooting death of Kate Steinle in 2015. Jurors concluded that the shooting was an accident.

• Establish court contacts to help the public and the media understand the role and function of the courts. Also establish court websites and social media accounts to provide information.