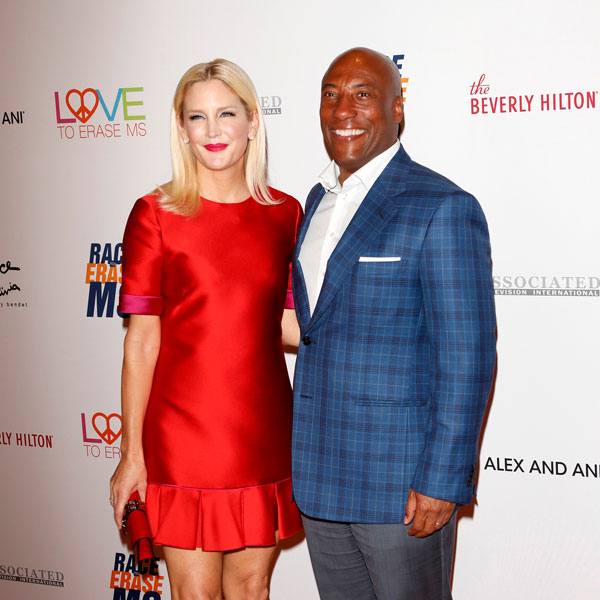 Byron Allen, who appears in this 2019 file photo with his wife Jennifer Lucas, had sued Comcast under Section 1981 of the Civil Rights Act. Photo by Kathy Hutchins / Shutterstock.com.

The U.S. Supreme Court ruled Monday that lawsuits alleging discrimination in contracts under a Reconstruction-era law have to show but-for causation.

The Supreme Court ruled unanimously in the case of Entertainment Studios Networks, owned by former reality TV host and comedian Byron Allen, who is black. Allen had claimed Comcast refused to carry his programming, and discrimination was a motivating factor.

Comcast had argued it refused to carry Entertainment Studios programs because of lack of demand for the programming and bandwidth constraints.

Allen had sued under Section 1981 of the Civil Rights Act, which says all persons have the same right to make and enforce contracts “as is enjoyed by white citizens.”

Allen had argued he needed to show only that discrimination was a motivating factor in Comcast’s refusal to carry his programming, the same standard used for Title VII of the Civil Rights Act.

Justice Neil M. Gorsuch rejected Allen’s argument in his opinion for the court. A but-for causation standard is the default in lawsuits for legal injury, Gorsuch said. “Taken collectively, clues from the statute’s text, its history, and our precedent persuade us that Section 1981 follows the general rule,” Gorsuch wrote.

The case was remanded for a determination whether Allen’s case can survive under the more exacting causation standard.

Allen released this statement after the ruling: “Unfortunately, the Supreme Court has rendered a ruling that is harmful to the civil rights of millions of Americans. This is a very bad day for our country. We will continue our fight by going to Congress and the presidential candidates to revise the statute to overcome this decision by the United States Supreme Court, which significantly diminishes our civil rights.”