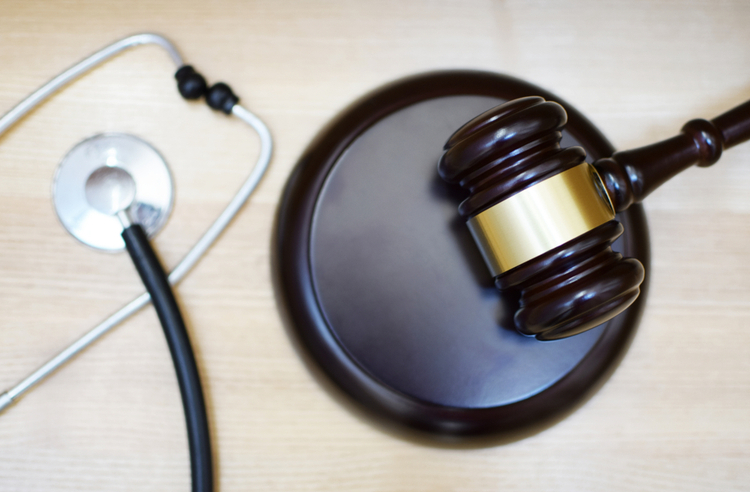 The U.S. Supreme Court announced Monday that it will delay oral arguments as other courts were delaying trials or even closing in response to concerns about the new coronavirus.

The Supreme Court announcement said it was postponing March session oral arguments that had been scheduled for March 23 to 25 and March 30 to April 1. The court will still host its regularly scheduled conference to consider cert petitions Friday, although some justices may participate remotely by telephone. Supreme Court journalist Lawrence Hurley tweeted the news, while National Law Journal and the Washington Post have coverage.

“The court’s postponement of argument sessions in light of public health concerns is not unprecedented,” the court said in its announcement. “The court postponed scheduled arguments for October 1918 in response to the Spanish flu epidemic. The court also shortened its argument calendars in August 1793 and August 1798 in response to yellow fever outbreaks.”

Meanwhile, some courts were delaying trials or even closing because of COVID-19 fears. They include:

• New York state courts announced Sunday that all nonessential functions will be postponed beginning March 16 at 5 p.m. and continuing until further notice, the New York Law Journal reports. New jury trials are being halted, although pending trials will continue until conclusion. Felony matters where the defendant is not in custody will be halted until further notice. If the felony defendant is in custody, the matters will be halted or conducted remotely by video in New York City and in jurisdictions with the technological capability.

• In California, the state supreme court announced that it has suspended in-person oral arguments, the Recorder reports. Lawyers will appear remotely by video or telephone. Other courts are also responding to the virus.

The presiding judge of Los Angeles County superior court is recommending that judges pause for 30 days new civil jury trials and criminal trials where the statutory time limit has been waived. Several other courts were postponing some kinds of trials, including courts in the counties of Alameda, Contra Costa, Nevada, Orange, San Diego, San Francisco, Santa Clara, Sonoma, Ventura and Yolo, according to the Recorder.

• Several municipal and county courts in Washington state have announced closings or postponed jury trials. Among them are superior courts in King, Pierce and Snohomish counties, which are pausing jury trials through April 24, according to this court website. The U.S. District Court for the Western District of Washington is also taking action, suspending all civil and criminal matters that require in-court appearances.

• Courts in Cook County, Illinois, which includes Chicago, will remain open, but new civil and criminal trials are being postponed for 30 days, according to the Chicago Tribune and a press release. Judges won’t perform marriage ceremonies after March 16. Civil juries trials in Chicago’s federal courthouse have also been canceled.

• In Ohio’s Hamilton County, which includes Cincinnati, jury trials are being suspended for 30 days, report WCPO and the Cincinnati Business Courier. The U.S. District Court for the Southern District of Ohio has also continued jury trials in civil and criminal matters for 30 days.

• The Massachusetts Supreme Judicial Court ordered a halt Friday to the empanelment of juries for new trials throughout the state. The postponement lasts until at least April 21. In addition, all trial courts were to be closed March 16 and 17 in response to a limit on gatherings of more than 25 people announced by the governor on Sunday, NBC Boston reports.

• Beginning March 16, all in-person court proceedings throughout Florida will be suspended as a result of an order by the state’s chief justice, report the Florida Times-Union and the Tampa Bay Times. In addition, all jury trials scheduled March 16 to 30 are being continued in the U.S. District Court for the Southern District of Florida.

All civil and criminal jury trials in Maryland circuit courts set to begin March 16 to April 3 have been postponed. The superior court in Fairfax County, Virginia, will suspend civil jury trials for 30 days. In Washington, D.C., superior court, non-urgent matters will be postponed.

Federal courts in the area are also announcing restrictions. In the U.S. District Court for the Eastern District of Virginia, all trials and most grand jury sessions will be postponed for the next month. In Washington, D.C., the federal court is open only to judges, staff members, the media and people with official business before a court.