Use of racketeering statute against singer R. Kelly, whose trial starts this week, may be 'uncharted territory' 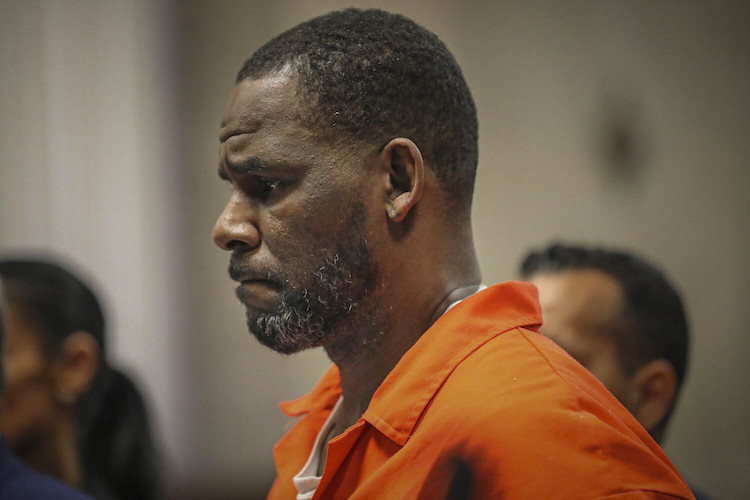 Singer R. Kelly appears during a hearing at the Leighton Criminal Courthouse in Chicago in September 2019. Photo by Antonio Perez/The Chicago Tribune via the Associated Press.

The 2019 indictment against singer R. Kelly shows the flexibility of the Racketeer Influenced and Corrupt Organizations Act, according to G. Robert Blakey, the emeritus professor at the University of Notre Dame’s law school who helped draft the law.

The law was drafted to battle mafia bosses who use others to carry out their orders, the Chicago Tribune reports. Kelly, however, is accused of heading a criminal enterprise that exploited and sexually abused 19 women, at least seven of them underage, as well as a 17-year-old boy.

“Legal experts said charging Kelly under the racketeering statute—commonly referred to by the acronym RICO—is likely uncharted territory for the 1970 law,” the Chicago Tribune reports.

Jury selection in Kelly’s trial begins Monday in a New York City federal court, according to the Chicago Tribune and Reuters.

Kelly is accused of using psychological manipulation and imposing strict discipline on girls he groomed. His victims had to call him “Daddy,” could only leave their rooms with permission, and were sometimes slapped or spanked, prosecutors said. Kelly videotaped many of the sexual acts, the indictment said.

Blakey told the Chicago Tribune that prosecutors will have to show that the criminal enterprise extended beyond Kelly, even if the criminal structure wasn’t sophisticated. The structure need be no more organized than a pickup basketball game, he said, citing caselaw.

“While they’re playing the game, you know who the center is and you know who the guards are,” Blakey said. “Everybody knows where the basketball court is, everybody knows to play on that court and the game goes on even though the people playing it change over time. … Can you identify roles in the group that was around Kelly, and did it have reasonable longevity? It’s got to be more than a weekend, it’s got to be years.”

The New York City prosecution office that brought the case against Kelly has previously used RICO in inventive ways. The prosecutions include:

• RICO allegations that officials with soccer’s FIFA governing body collected about $150 million in illegal profits, including $10 million in bribes paid to just one official.

• RICO allegations against the cultlike group Nxivm. The group’s leader, Keith Raniere, was convicted and sentenced to 120 years in prison.

Randy D. Gordon, executive professor at the Texas A&M University School of Law, told the Chicago Tribune that Nxivm had a more concrete organizational structure than the enterprise allegedly led by Kelly.

“From the defendant’s perspective, I suppose he can argue that the alleged enterprise is too amorphous and ill-defined,” Gordon said of Kelly. “I still think the government has the better argument.”

Experts expect Kelly to face a more difficult time defending himself than he did in a prior criminal trial in Cook County, Illinois, more than a decade ago, according to the Chicago Tribune. That case focused on a single sex tape; Kelly argued that he wasn’t the man having sex with a 13-year-old girl in the video. Kelly won an acquittal.